Sangakkara dedicated the World Cup win to his countrymen who waited 18 years for an ICC win.

Kumar Sangakkara is the man of the moment for Sri Lanka as his unbeaten half-century steered them to victory over India in the final of the ICC World T20 2014 at Mirpur. Sangakkara was playing his last T20 International and signed off in great style, taking his team to world glory.

“It’s amazing. It is a feeling that you can’t explain in words. This is the first time I have been in a side that won a world cup. Been disappointed four times before. It is hard to describe exactly what you feel. You feel very humbled I think, because you realize how difficult it is to get there. How much support you need just from your teammates, you family, you fans, all the support staff,” Sangakkara told reporters after sealing victory for Sri Lanka.

Sangakkra also reflected on the support he has received from the people over the years to become a successful player. “You can never do it all alone. You might be the best batsman in the world, but you need a lot of support. I think we are very grateful for that. Moments like these, you got to look back and reflect and be thankful for that. Because, without that, we won’t be here and have the opportunity to do it. It’s been an amazing journey. Walking away, it is time. And to walk away like this, even better,” said Sangakkara.

When asked about whether there was any pressure on him and Mahela Jayawardene as they were playing their last T20 tournaments, Sangakkara said, “It is hard. It is wonderful that the side really meant it when they said that. But at the same time, there are so many, 20 million other people you got to win it for. It is not just about me or Mahela or a single person.”

“It is about the entire squad, everyone who stands with you and behind you. It’s a journey. At the end of the day, we walk away and get noticed because it is our last game. But, at the end of the day, everyone played an amazing part in this. I feel very very proud to have been a part of this side,” said Sangakkara.

A reporter then asked Sangakkara if he felt that the game had given them something back. To which, Sangakkara replied, “I don’t think the game owes us anything. I don’t think the game owes any player anything. Our job is to play the best we can and walk away hopefully, having made a positive impact on the game. The game gives us the opportunities, for us to try and take them. Today was another opportunity.” 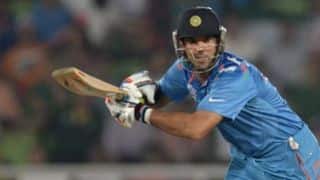 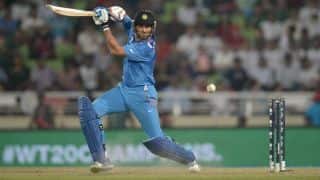