Kumar Sangakkara T20 retirement: Sri Lanka will get time to prepare for next World T20

Kumar Sangakkara T20 retirement: Sri Lanka will get time to prepare for next World T20

Kumar Sangakkara, who announced that he will retire from Twenty20 International (T20I) cricket along with Mahela Jayawardene at the end of ICC World T20 2014, expressed gratitude for the messaged he received.

Sangakkara added that the decision will help the Sri Lankan selectors time to build the squad for ICC World T20 2016, which will be held in India.

Thanks for all the msgs. Right time for me to retire. Gives the selectors more time to build for next T20 WC. Hope to leave with a win!

Sangakkara, under whom Sri Lanka reached the final of the ICC World T20 2009 in England, has played 50 T20 Internationals, scoring 1,311 runs at an average of 32.77 with seven half-centuries.

He has been in prime form of late, smashing a triple-century and a hundred in the second Test against Bangladesh in Chittagong last month.

Sri Lanka, the world’s No 1 T20I side, are drawn with South Africa, England, New Zealand and a yet-to-be decided qualifier in the Super 10 round of the World T20. 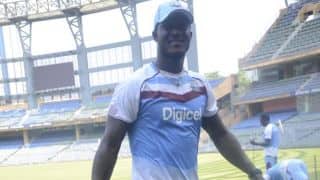