KXIP vs KKR live score: Kolkata Knight Riders skipper Dinesh Karthik won the toss and elected to bowl first against Kings XI Punjab in Match 52 of IPL 2019 at the IS Bindra PCA Stadium, Mohali on Friday.

Kolkata Knight Riders skipper Dinesh Karthik won the toss and elected to bowl first against Kings XI Punjab in Match 52 of IPL 2019 at the IS Bindra PCA Stadium, Mohali on Friday.

KKR are unchanged while KXIP bring in Sam Curran and Andrew Tye in place of Mujeeb ur Rahman and David Miller.

Had SRH overcome MI, KXIP and KKR would have been playing in a virtual knockout. Either of the two sides can afford a defeat but that would mean a reliance on other results in order to make the playoffs. Certainly, neither would want that. 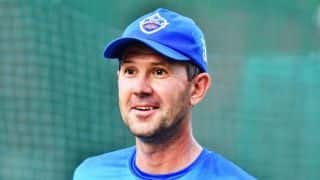 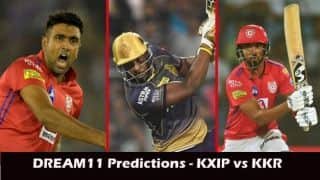