Laxman Sivaramakrishnan has expressed his desire to become India s spin consultant amid reports that the BCCI is looking for options for the post following a poor show in England.

Laxman Sivaramakrishnan has expressed his desire to become India s spin consultant amid reports that the BCCI is considering options for the post following a poor show in England. Barring R Ashwin s 4/62 and 3/59 during the first Test at Edgbaston, and Ravindra Jadeja s 4/79 in the final Test at Oval, India s spinners had underperformed. Hence, the BCCI feels it is required that India hire a specialist consultant who would work closely with the side in order to increase the effectiveness of spinners abroad, particularly with the white ball.

Siva broke into the scene as a promising youngster who picked up 7/28 on his Ranji Trophy debut against Delhi 1981-82, to be given a shot at international cricket. He picked up 23 wickets in the series against England in 1984/85 and was part of the Indian ODI side that won the World Championship of cricket in 1985, picking up 10 wickets in five matches.

“I d like to help our spinners till the World Cup in the role of spin consultant/coach, if the BCCI approaches me with an offer,” Siva told Times of India. “The middle overs from 11 to 40 is the period when we need to pick up the wickets. If our spinners take five wickets in this period for about 150, they d have done their job. Otherwise, you re looking at a potentially dangerous situation, where the opposition s middle order is set to lunch into a slog in the last 10 overs.”

With the 2019 World Cup in England approximately eight months away and considering how Kuldeep Yadav played a key role there for India in July he picked up nine wickets in three matches including 6/25 in the first ODI, Siva sees scope for spinners to make a mark in limited-overs cricket in England. On current form, the duo of Kuldeep and Yuzvendra Chahal is likely to lead the spin attack in the World Cup, with selectors also keeping a keen eye on Ravindra Jadeja, who impressed in the fifth Test against England at the Oval and during the Asia Cup.

“All our spinners are good, but need fine-tuning,” he said. “Kuldeep Yadav s balance while delivering the ball needs to improve. His body isn t synchronized properly, and his arms aren t rotating in a round manner while delivering the ball. Yuzvendra Chahal tends to drift to the leg and middle, which means the batsmen can look to smash him to mid-wicket, which is likely to be vacant since the two fielders on the on-side are likely to be stationed at deep square leg (for the sweep shot) and long-on.

“If he bowls on or outside off stump, the batsmen will be forced to drive him on the off side, where he can have three fielders two at point, cover, and long off protecting him. His googly will also become more dangerous then of the batsman misses it, he s likely to be bowled or LBW.” 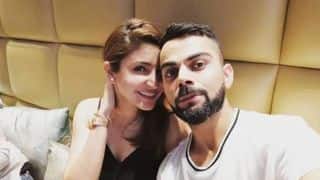