Faf du Plessis scored his 9th ODI hundred in a lost cause.

South Africa were handed a comprehensive defeat by India in the first One-Day International at Durban. This was their first loss after seventeen straight wins. Unlike the Test series, the home side were outclassed in all departments of the game, as India took a 1-0 series lead.

Speaking about the game, skipper Faf du Plessis said that lack of partnerships hurt the side. Despite being 3 fifty-plus stands, South Africa looked to always be on the back foot against Indian s. Du Plessis said, “Yeah we didn’t bat well today. As a batting unit, for the second top score to be 30 something [37] shows that there wasn’t partnerships. And the most basic thing about one-day cricket is two guys getting together and putting some sort of partnership together.

Du Plessis did give credit where it was due, lauding Kuldeep Yadav and Yuzvendra Chahal. He said, “I thought the Indian spinners bowled well but still we should have been better today against them. The pair between them, claimed 5 wickets to break South Africa s batting backbone.

He went on to criticize his batsmen as well. Stating, Even though the conditions are challenging, you’re international cricket players so you should adapt to it a little bit better and we didn’t adapt to it at all today. We lost too many wickets in that middle period, and if you lose wickets, it’s difficult to create any sort of partnership and put pressure back on the opposition.

Talking about the Durban lost, du Plessis said, I think certainly tonight we needed 300. 260 [269] wasn’t enough on that deck. The last two games we played here, we got more runs and won games of cricket. We chased 370 here against Australia. So, think it’s unfair to say to the bowlers tonight that they were poor. I thought purely we didn’t have runs.

With the second ODI at Centurion on Sunday, du Plessis was hopeful of a better performance by his side. He said, “Some of the guys played against these guys in the IPL but not all of them faced them recently. With mystery spin or wrist spin, it takes you one or two games just to get used to the guys’ actions and their wrists, then hopefully you get better at playing them. We’ll have a good discussion after this game and some feedback on the things we picked up, especially from my side, if there was anything that I can share with the guys that I picked up. And hopefully in the second game we’ll play them better.” 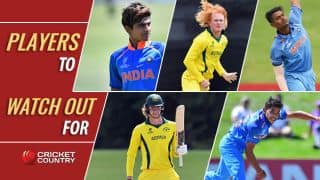 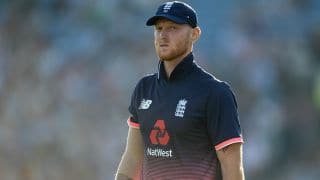