After six overs Lahore only scored 29 for the loss of three wickets.

Lahore lions made a bad start of their match against Dolphins. They lost both openers, Ahmed Shehzad and Nasir Jamshed cheaply. After six overs Lahore only scored 29 for the loss of three wickets. Robbie Frylinck was the successful bowler. In the sixth over Agha Salman, who got his chance in the match also lost his wicket to Kyle Abbott.

The Lions are taking on Dolphins in an important match which is virtually their battle for Survival in this year’s Champion’s League T20 (CLT20) 2014. Lahore won the toss and decided to bat first. have won the toss and are batting first. For Lahore Agha Salman came in the playing eleven. Craig Alexander and Daryn Smit are out for Dolphins, and Prenelan Subrayen and Jonathan Vandiar were in. 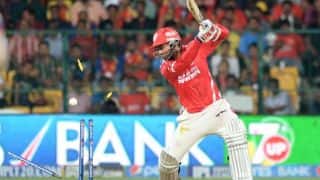 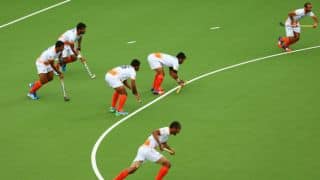