Family sources confirmed that the great lady, who had a great influence on her three sons, had not been keeping well of late.

New Delhi: Wife of legendary cricketer Lala Amarnath, Kailash Kumari, who gave India two Test cricketers and a First-Class player, has passed away at her residence here. Amarnath’s three sons, Surinder, Mohinder and Rajinder were all present at their mother’s bedside when the 92-year-old breathed her last on Sunday. While Lala, who died in 2000 at 88 years of age, scored India’s first Test century and went on to become Indian cricket’s patriarchal figure as selector, manager, coach and broadcaster, his sons Surinder and Mohinder went on to represent the national team.

The youngest son, Rajinder, was a First-Class player. Family sources confirmed that the great lady, who had a great influence on her three sons, had not been keeping well of late.

While Mohinder played 69 Tests and 85 One-Day Internationals (ODIs), his brother Surinder played 10 Tests and three ODIs for India. Mohinder, a key member of the winning Indian cricket team in the 1983 World Cup, took 32 wickets and scored more than 4,300 runs in Test cricket. In ODIs, he grabbed 46 wickets and scored close to 2,000 runs. In Test cricket, Mohinder has 11 centuries and 24 half-centuries whereas in ODIs he scored two tons and 13 fifties. 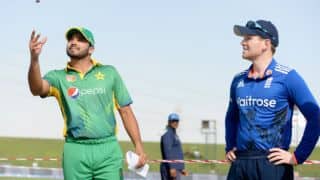