"I would like to see the CSK team annulled from all future IPL activity," Modi said.

“With the Supreme Court-instituted Justice Mudgal committee indicting Gurunath Meiyappan in the IPL betting and spot-fixing scandal, I demand a life ban on his father-in-law and BCCI President N Srinivasan,” Modi said in a statement.

“It is high time that the global cricket establishment woke up to and also buried the entire India Cement team that has taken over world cricket. As we have seen nothing good can come from such a corrupt and power hungry regime,” he said.

Meiyappan, the former Team Principal of the Chennai Super Kings, was indicted for betting by a three-member commitee headed by Former Punjab and Haryana Chief Justice Mukul Mudgal, which was appointed by the Supreme Court to investigate the IPL spot-fixing scandal.

But Srinivasan had defended Meiyappan, calling him merely a “cricket enthusiast”.

Hoping that Srinivasan’s days in the administration of world cricket are numbered, Modi demanded the immediate scrapping of Chennai Super Kings from IPL.

“I am also happy to see the system of natural justice prevail and glad to see that Justice Mudgal report confirm, just what I have been saying for so long. A life ban on all connected is a must and I hope that with this Mr Srinivasan’s days as the future warlord of cricket are short lived.

“I have reviewed a copy of the Mudgal Committee report and will give a line by line response within a day’s time on my blog. But in the meantime, given these developments I would like to see the CSK team annulled from all future IPL activity including the forthcoming auctions and the 2014 season as per rules,” Modi said.

He also called for the scrapping of the present IPL Governing Council.

“Additionally I think the time is also ripe to make some deep, incisive and sweeping changes to ensure that there is no systemic failure in the future. First and foremost I think it is time to disband the IPL Governing Council to ensure that any and all elements of bias are removed. It is time for a new supervising board with all the stakeholders of the IPL on it to take charge, run and govern the league,” Modi said.

“The new supervising board with all stakeholders on board should be responsible for conducting and running the tournament albeit at an arms length. Next and more importantly the immediate need of the hour is to re-auction a new Chennai team. Even more important is to redo the player auction without any player retention. As we all know that the current retention rules all favour one and only one team namely CSK,” he said.

“Lastly, I think it is critical that the old rules that we had framed are brought back into contention to avoid any similar issues in the future.”

The report of the Mudgal committee, however, said that the allegations of fixing against Meiyappan require further investigation and also left it to Supreme Court the issue of conflict of interest against Srinivasan, who heads the India Cements that owns CSK. 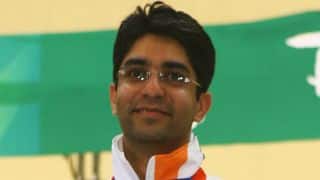 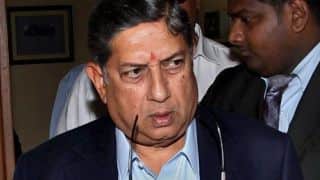