Elected as Rajasthan Cricket Association (RCA) president, Lalit Modi is likely to start a Rajasthan Premier League according to Sumendra Tiwary, the newly elected secretary of the RCA. In his first address to the committee, Modi and his RCA team also discussed about challenging the Board of Control for Cricket in India (BCCI) in court over RCA’s suspension.

“Lalit Modi announced this in the first committee meeting today. He chaired the executive committee meeting which lasted for about two hours over video conference from London. We are challenging the BCCI’s decision in Jaipur High Court. They can’t suspend our association, the results of which have been declared by the court. Our lawyer (Sudeep Hora) will prepare the documents soon and submit them before the High Court here,” Tiwary was quoted as saying by Mid-Day.

“We are planning to start eight big academies in the state with world-class facilities. Our first academy in Jaipur was highly appreciated by former Australian batsman Greg Chappell. Modi has a plan to build stadiums in Jaipur and Udaipur. The Sawai Mansingh Stadium (SMS) in Jaipur is owned by the state government. We want to have our own stadium,” the newspaper quoted. “He plans to come to India, but until then, he will run the association from London,” added Tiwary. 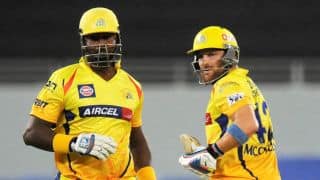