Klusener, 47, brings with him rich coaching experience having coached Sunfoild Dolphins in South Africa for four years and then linking up with Zimbabwe cricket team as their batting coach.

He replaces Daniel Vettori who stepped down as the tournament’s date clash with the upcoming season of Australian Big Bash League that starts in December and will continue till February next year.

Vettori was appointed Rajshahi coach in March this year but on condition that he will give preference to BBL should the dates coincide with BPL.

“Vettori signed the contract with Rajshahi Kings on the condition that he would not be available if the timing of the BPL coincided with Big Bash League, as his involvement with his Big Bash team was with a long-term contract,” Kings CEO Tahmeed Huq was quoted as saying by ESPNcricinfo.

Klusener, nicknamed Zulu, played 49 Tests for South Africa between 1996 and 2004 scoring 1906 runs apart from taking 80 wickets. This included four Test hundreds and best bowling performance of 8 for 64. However, it was the one-day format where Klusener left an impact. Known for his ferocious hitting and the ability to break partnership, Klusener was the Man of the Series during the 1999 World Cup in England which Australia won with 281 runs in eight innings and 17 wickets from nine matches.

The latest season of BPL is scheduled to start from January 5 next year and end on February 8. 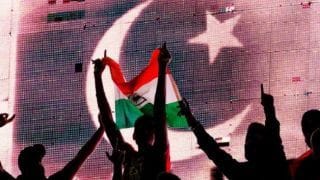 Quiz: How Conversant Are You With India-Pakistan ODI history?