Lasith Malinga picked up four wickets in as many deliveries for the second time in his international career.

Lasith Malinga might be in the latter part of his international career having just recently retired from ODIs but the searing yorkers and capability to turn around contests on his own are still intact.

Friday was another example of the destruction Malinga is capable of, still.

Searching a clean sweep, New Zealand were in the hunt of 126 against Sri Lanka in the third and final T20I at the Pallekele International Cricket Stadium. The task wasn’t hard but the third over of their chase, bowled by captain Malinga all but sealed their fate.

Four deliveries of mayhem and from 15/0, the tourists were reduced to 15/4.

Colin Munro (bowled), Hamish Rutherford (lbw), Colin de Grandhomme (bowled) and Ross Taylor (lbw) became part of history as Malinga completed his hat-trick and made it even better by picking four wickets in as many deliveries for the second time in his international career.

Explaining how he plotted his dismissals, Malinga revealed he backed his inswinging yorkers to do the job. “After taking the first wicket, the newcomer [Rutherford] was an inexperienced left-hander. I thought of getting him out in the first ball. My best weapon is the inswinging yorker, so I thought of using that and he got out,” he was quoted as saying by Cricbuzz.

He continued, “Then came de Grandhome and Taylor. These two guys have been a real headache for us throughout the series. The other bowlers failed to get them in the other match. I was thinking how to get these two guys, and I knew we could win the game if we get them. I thought that if I could bowl two yorkers, then why not the third? So I got back to my mental preparation that I do before I bowl a yorker, and walked back to my run-up.”

“The timing and accuracy was there and I got the third wicket. When I got the third, I was thinking again: ‘Why not try it a fourth time?’ It was all the same preparation again and I did it.”

The 36-year-old also became the first bowler in T20I history to claim 100 wickets. The belief to create such turnarounds, Malinga says, is still intact no matter the criticism coming his way. “I always come to every match thinking I can turn the game around. The skill that I have in taking wickets, considering the experience, is more than any other player on the field. I don’t care who believes that or not, but I believe that. So I want to control the game as soon as I get the ball in hand,” he said.

Not the one to bask in the glory of his achievements, Malinga is hopeful that what he did on Friday night in front of a packed stadium will inspire the upcoming crop of cricketers. “It’s just another achievement for me. It happened today and it’s history now, but if I was hit badly tomorrow, these four wickets and the other achievements are all forgotten,” he said. “But then, I am really happy that I could take four wickets in four balls in T20s as well, because I am playing in the latter part of my career.

“All the younger players who played with me, could see it with their own eyes. I think that could have been an inspiration to them and maybe they also think that they can do something like this. That’s what an up-and-coming player needs – to see something happen, and train towards that.” 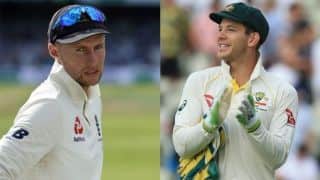