Sri Lanka skipper Angelo Mathews believes that teammate Lasith Malinga, who took four for 34 against New Zealand and almost helped his team defend a low 138, is a tough guy who knows what to do in different situations. Mathews took a little time before giving the ball to Mailnga in Sunday's encounter 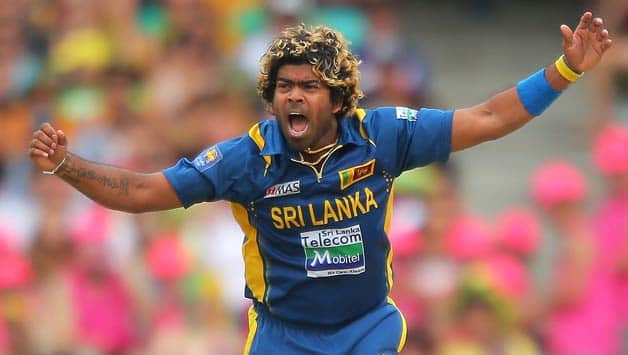 Sri Lanka skipper Angelo Mathews believes that teammate Lasith Malinga, who took four for 34 against New Zealand and almost helped his team defend a low 138, is a tough guy who knows what to do in different situations. Mathews took a little time before giving the ball to Mailnga in Sunday’s encounter. He let Thisara Perera and Shaminda Eranga bowl two overs, before letting Malinga bowl, which eventually proved to be costly.

“We still had about 30-40 runs to play with. We just thought that they would have taken the Powerplay a bit later, so I just had Lasith Malinga in my tank. But, yeah, we can’t really say yes or no, but that’s the way it is. Unfortunately, we couldn’t pull it through in the end,” Mathews was quoted as saying on ICC’s official website.

“He’s such a tough guy mentally and physically, and he knows exactly what to do in these situations. He’s so professional. He knows about his stuff. He’s a premium bowler and you’ve got to accept it. Whatever has been done, he’s our main bowler, so he’s dealing with runs again and hats off to him.”

When asked about Tillakaratne Dilshan, who did pretty well as a bowler and fielder but couldn’t do much as a batsman, Mathews said, “Yeah, except for a couple of guys, everyone couldn’t really do with the bat, to be honest. I thought I kind of misread the wicket. But, yeah, I thought it might get slower and slower as the game progresses, but it kind of dried up a little bit and was a bit easier, slightly easier than the first session. But, yeah, once again, Dilshan bowled. He did a very good job. We didn’t have to play another 300 because of Dilshan. So he’s such a wonderful teammate and guy to have on the team.”

“I thought we could have had about 30-40 runs [more]. It will be in a different 30, but I thought the bowlers were absolutely brilliant, backed up by fielding,” he added.

Praising Malinga’s three wickets in eight balls and Sri Lanka’s overall bowling, Mathews said, “We didn’t have much runs to play with, so we just had to go for the kill. The bowlers responded brilliantly. Shaminda Eranga bowled brilliantly and Malinga once again did a fantastic job, and all the spinners, whoever who bowled today was absolutely brilliant, backed up by fielding. So it was an encouraging performance and a boosting performance for the whole team.

“We were talking about getting wickets early on and try to push them on the back foot, which we exactly did.  We just had to take a few more wickets to be in the game, and we did them exactly. So, yeah, they are a very hard team to beat, but I thought we played some really good cricket on Sunday.”

Talking about a number of umpiring decisions that went against the Lankans, Mathews felt that it was just one of those days when luck didn’t seem to be on their side. “You know, the luck streams both ways and it’s just one of those days that we didn’t have the decision come our way.  But it changed the whole finale of the game. It would have been all over,” he concluded. 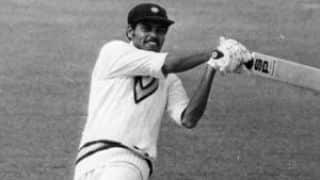