Buttler, Ballance and Ali have unanimously declared Malinga as the best death bowler.

Sydney: England’s premier batting trio of Jos Buttler, Gary Ballance and Moeen Ali have unanimously declared Lasith Malinga of Sri Lanka as the best death bowler they have ever faced. “He (Malinga) gets it in the hole. He has a good yorker. It’s so hard to play. Would I scoop him? Maybe. As a last resort,” Buttler was quoted as saying by ESPNcricinfo Saturday.

Buttler said he would try a scoop shot against the lethal paceman as a last resort in dealing with the accurate yorkers of Malinga. When asked which bowler was the toughest to play against in the slog overs, Ballance also voted for the right-arm pacer, known for his sling shot action.

“Probably Malinga. I haven’t faced a lot of him but from what I have, he has all the variations. He is very different to what we’re used to,” said Ballance. “He gets the ball to reverse, he’s got good slower balls, so at the moment in World cricket he’s the best. He’s probably the best there has ever been.”

All-rounder Ali, who is also likely to open the batting for England in the ICC World Cup 2015, said Malinga leads over other bowlers by a comfortable margin in the matter of bowling at the end of an innings.

“By a mile. I faced him when he played against Worcester once,” Ali said. The pacer has taken 271 wickets from 177 One-Day Internationals so far. Sri Lanka will start their World Cup campaign when they face co-hosts New Zealand Feb 14 at Christchurch. 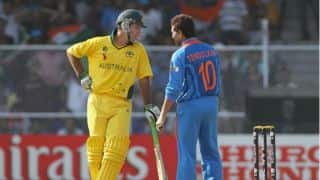 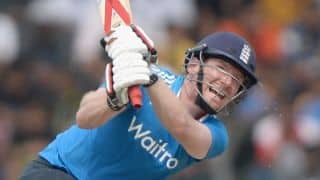