Laxman backs Ambati Rayudu as India’s No. 4 for the World Cup
By CricketCountry Staff

With the ICC World Cup 2019 just one and half month away, the dilemma over the No. 4 slot in the Indian batting-order still remains as skipper Virat Kohli‘s recent experiments for the spot has not shown results.

In the recently concluded home-series against Australia, which India lost 3-2, Ambati Rayudu was experimented at the fourth position for the first three games however, he failed miserably with scores of 13, 18 and 2.

With the 15-member squad for the showpiece event to be announced on April 15, many former cricketers are speaking out about their preference for the No. 4 man. Former India batsman VVS Laxman threw his weight behind Rayudu.

The fourth position is a national issue. For me, number four should be Ambati Rayudu, because he has been doing consistently well. I was a little surprised by the fact that he was dropped after the three one days against Australia, Laxman said. (ALSO READ: ‘Andre Russell has a weakness against turning ball’)

He was the highest run getter in New Zealand and played a very important knock in tough conditions where he scored a 90 when the team was struggling.

Meanwhile, Laxman’s India team-mate Gautam Gambhir reckons Sanju Samson would be the right choice. Samson is currently featuring for the Rajasthan Royals in the ongoing season of Indian Premier League (IPL) and has smashed a fine hundred (102 unbeaten off 55) against the Sunrisers Hyderabad. (ALSO READ: ‘Don t judge Virat Kohli by his form in the IPL’)

He has also been amongst runs in the IPL with 146 runs from four games, averaging 48.67 with a decent strike-rate of 152.08. Sanju however, is yet to make his ODI debut.

“For me it’s been very clear, and I see Sanju Samson the right person who can fit No. 4 spot of the team. I have always believed in thinking out of the box and look for best quality players, Sanju would be the best pick,” Gambhir said. 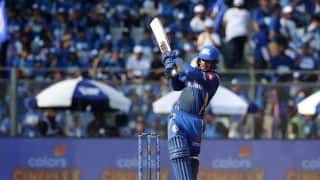 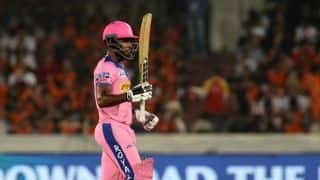