Carter made 11 runs from 12 deliveries, but then went at a blitzkrieg pace and notched up the next 47 runs from 18 deliveries. It was a day to remember for Canterbury and, Leo Carter who became the seventh batsman to smash six sixes in an over. The New Zealand willow wielder reached the milestone in a Super Smash 2019-20 match against Northern Knights at the Hagley Oval in Christchurch on Sunday.

Canterbury were faced with a herculean task. They needed 64 runs from five over. Despite having seven wickets in hand, chances of winning the match seemed bleak. Carter, a left-handed batsman, shouldered the responsibility and attacked left-arm spinner Anton Devcich in the 16th over. He tonked six towering sixes in a row, all of them hit on the leg side.

Carter made 11 runs from 12 deliveries, but then went at a blitzkrieg pace and notched up the next 47 runs from 18 deliveries.

Leo Carter hit 6 sixes in a row and the @CanterburyCrick Kings have pulled off the huge chase of 220 with 7 balls to spare at Hagley Oval! 👏

Courtesy, Carter’s breath-taking performance, Canterbury won the match easily by seven wickets with seven balls to spare chasing down a massive target of 220. The attacking batsman remained unbeaten on 70 runs from 29 deliveries including three fours and seven sixes.

With this feat, Carter, born in Wellington, joined an impressive list of players including Gary Sobers, Ravi Shastri, Herschelle Gibbs, Yuvraj Singh, Ross Whitely and Hazratullah Zazai who have hit sixes in an over. He is also the fourth batsman to achieve the feat in T20 cricket.

Carter represented New Zealand Under-19 team in U-19 World Cup 2014 but could not make a mark. From 26 matches, Carter had hit 26 sixes in his T20 career including the seven sixes he hit on Sunday. This is also his career-best score in the format. 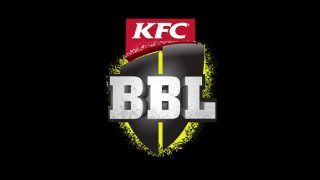 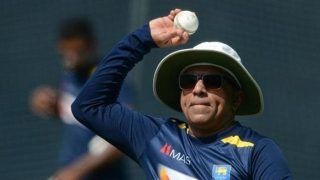