Dawson is yet to play a game for Peshawar Zalmi.

After the T20 Tri-Series at Australia and New Zealand, England‘s Liam Dawson is eager to test his skills in the subcontinent through PSL 2018. Dawson, who is yet to play a game for Peshawar Zalmi, mentioned how PSL helps youngsters grow into better cricketer. Dawson also expressed his keenness to play in Pakistan, if Zalmi make to the knockout stages.

Dawson, who has played 6 T20Is, an ODI and three Tests, is yet to play an international T20 game in the subcontinent for England. However, his record in domestic T20 games has been decent. Dawson has played 20 T20 matches in Asia overall through BPL, PSL and averages 25.77 with the bat. Dawson boasts a strike rate of 106. His tally of 232 runs also includes a fifty.

On playing on subcontinent conditions: It is definitely helpful for young cricketers [and] even for the overseas players. It is always a challenge coming to subcontinent or coming to Asia as an English player. Playing tournaments like PSL makes you better as a cricketer and you obviously learn a lot as well, Dawson said while speaking to Geo Tv.

On playing in Pakistan: It is fine. Some chats with the rest of the guys [ ] If we get to the final if we get to eliminators then I will be prepared to go.

On young Pakistani talent: Ibtisam (Sheikh) is a young lad and he has got a lot of time on his side. He has bowled very well in games he played so far [and] he s very talented cricketer. There are a lot of good players in this tournament. It s a good competition for the young players to come and perform at the big stage. 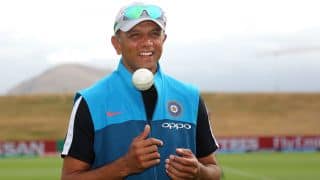 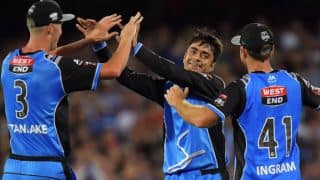