The Australian Cricketers’ Association (ACA) will formally submit its demand with Cricket Australia (CA) to immediately lift the 12-month ban on Smith and Warner and nine-month ban on Bancroft for their involvement in the Newlands ball-tampering incident.

ACA is basing its demand on the new information that the culture review, commissioned by CA, brought into light which points out the circumstances leading to the cheating scandal that let to a huge public outcry in Australia.

But Katich, who played 56 Tests between 2001 and 2010, feels any step in this direction will send a wrong message to the general public.

I think the players should see out their bans. They admitted what they did was wrong, and they blatantly cheated, Katich told Melbourne radio station SEN. I think the public will be disappointed to think they could get away with what they did just because of what this review has found.

They have to be responsible for their actions, regardless of what is going on in the background with the administrators and the culture that s been created.

The players still have to put their hand up which they have and cop the bans on the chin and do their time. They’ll earn a lot more respect that way than if the ban gets shortened because, realistically, if the bans get shortened it’s like the review said it s a win-at-all costs mentality.

He continued, From a welfare point of view, it would be important they can come back and play the game they love and they have done it tough. But what they did, as grown men they knew they couldn’t take sandpaper out there (on the field) otherwise why were they trying to hide it down their pants? 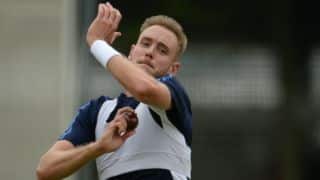