UAE 283/7 | Overs 47: Well, things have changed a little in the next 10 overs as UAE have lost four wickets in the process, but are still in a strong position as they require just 26 off 18 deliveries, which is quite gettable. Khurram Khan has been the highest scorer so far, dismissed on 88 runs.

UAE 213/3 | Overs 37: UAE stll getting strong as just another wicket falls in the next 13 overs in the form of Krishna Chandran for 49 and Swapnil Patil comes in. Khurram Khan is batting on 71. 75 more required to win. OUT!  Krishna Chandran c Aftab Alam b Hamid Hassan 49 (80)

UAE 136/2 | Overs 24: UAE still cruising in comfortably as they continue to bat sensibly against Afghanistan and look to chase down the target of 309. Only a wicket lost in the last 16 overs in the form of Andri Berenger, who is dismissed by Javed Ahmadi for 39 as Khurram Khan joins and is batting on 23 along with Krishna Chandran on 39. OUT! Andri Berenger c Gulbadin Naib b Javed Ahmadi 39 (40)

UAE 62/1 | Overs 8: Good start by UAE to their chase so far. 62 runs off the opening eight overs with only a wicket lost. Amjad Ali is the only man to be dismissed for 26 by Mirwais Ashraf. Krishna Chandran makes his way in as Andri Berenger continues to bat on 30. OUT! Amjad Ali c Mohammad Nabi b Mirwais Ashraf 26 (24)

Afghanistan 308/9 | Overs 50: What an interesting turn around in the final four overs. 70 runs in just four overs and Afghanistan cross the 300 mark as they finish on an impressive total of 308. Thus UAE have a tough task in hand to chase down a competitve total of 309 from 50 overs. Let’s see if UAE can chase it down.

Afghanistan 238/7 | Overs 46: Good recovery by Afghanistan thanks to some useful contributions by Samiullah Shenwari and Najibullah Zadran . They played handy knocks when his team lost three quick wickets.

Afghanistan 109/4 | Overs 25: 100 up for the Afghanistan side. But in the process they have lost another wicket. Asghar Stanikzai, who was looking good, went back to dressing room for a fluent 33.

Afghanistan 50/3 | Overs 10: OUT! Nawroz Mangal is gone for 16. Afghanistan are in trouble now. Second wicket in the day for Amjad Javed. UAE bowlers have stuck to their tasks and bowling in very good areas. Tough time for the Afghan batsmen.

Afghanistan 25/2 | Overs 7: Poor start by Afghanistan. They lose two early wickets in the forms of Javed Ahmadi and Usman Ghani. Now its upto Nawroz Mangal and Asghar Stanikzai to rescue the Afghanistan team from here. For UAE Amjad Javed has taken the wicket of Ahmadi, while Ghani was run-out.

Hello and welcome to CricketCountry’s coverage of the ICC World Cup 2015, 14th warm-up match between Afghanistan and United Arab Emirates (UAE) at Melbourne. I am Sandipan Banerjee and I will bring you the live updates of the this game. ICC Cricket World Cup 2015: SCHEDULE & MATCH DETAILS

Afghanistan and UAE, the two Asian teams will play the last warm-up match of the ICC Cricket World Cup 2015 at the Junction Oval of Melbourne. Both teams lost their first practice game against India and Australia respectively, though Afghanistan batting unit managed to play out their quota of full 50 overs against the Indians. Both teams will be eager to register a win before the start of the biggest tournament in the game of cricket, World Cup. ICC Cricket World Cup 2015: POINTS TABLE

Afghanistan are a team with a good blend of experience and youth. Having missed out on qualification for the 2011 tournament, Afghanistan are eager to make a mark in the ICC Cricket World Cup 2015. The desire to make a strong statement will keep their fire for success burning. Afghanistan have players who have overcome great odds to get here and their mental strength is one of their biggest assets.

Whereas UAE are playing their second World Cup. Skippered by a 43-year-old and with a 15-man squad featuring nine players over 30, the UAE believe their status as no-hopers could work in their favour at the World Cup. The last of the 14 finalists to book their place at the showpiece event, the Gulf side are playing in just their second World Cup and first since 1996. Now, two decades on, the expat-driven squad hope to capitalise on their lowly status although the odds are against them, AFP reported. 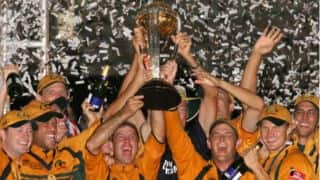 ICC cricket World Cup 2015: Performance of top 8 teams and its players in each World Cup 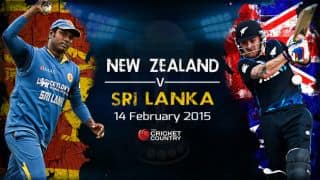