Australia have won the toss and elected to bat first against England in the first T20I.

Australia and England head to the final part of the marathon tour Down Under with the Twenty20 International series. The first T20I will be played in Hobart on January 29, 2014.

England will be led by Stuart Broad. Eoin Morgan, Ravi Bopara and Alex Hales have been included in the XI. 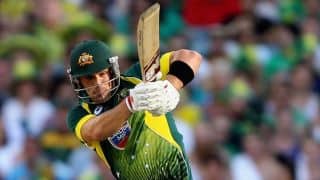