Australia take on England in the third ODI at the Sydney Cricket Ground.

Victory in the third ODI would seal the series as they would get an unassailable 3-0 lead. If England manage to win, then the series would still be on. England are still winless in their current tour of Australia in international matches.

James Faulkner’s heroics with the bat helped Australia snatch victory in the second ODI in Brisbane as England looked most likely to win for long periods in the match. Australia had won the first ODI in Melbourne thanks to a century from Aaron Finch.

England would be hoping that centurion from the second ODI, Eoin Morgan keeps up his impressive form with the bat. Jos Buttler also played well in Brisbane. England captain Alastair Cook won the toss and elected to bat first.

Australia make three changes to their starting XI from the second ODI. 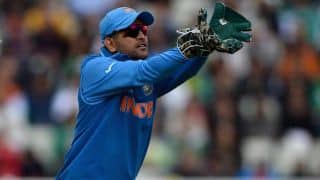