Australia won the toss and elected to bat first in the fifth and final ODI against England.

Australia take on England in the fifth and final One-Day International (ODI) at the Adelaide Oval on January 26, 2014. Australia have an unassailable 3-1 lead going into the match. Australia won the toss and elected to bat first.

England had won the fourth ODI in Perth by 57 runs to stop a run of nine straight defeats in international cricket. Australia had won the first three ODIs of the series to clinch the series. They had earlier won the Ashes 5-0.

Michael Clarke, who sat out of the fourth ODI, has returned to captain Australia in the final ODI. This is also Australia Day and the home team would be looking to finish off the series with a win.

England make only one change as Joe Root comes in for Gary Ballance. 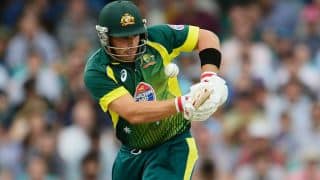 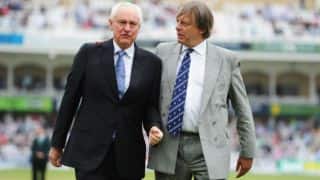