The second day's play of the first Test between Australia and South Africa at the Gabba, Brisbane was lost due to rain. 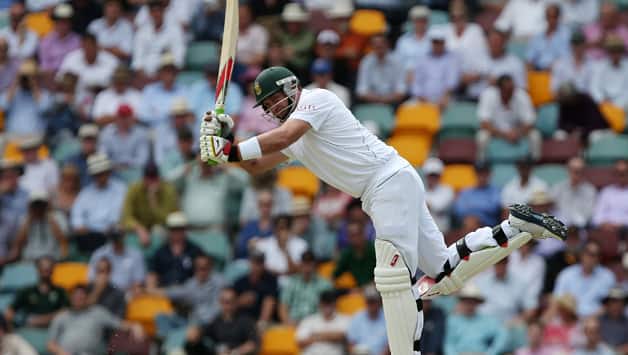 The second day’s play of the first Test between Australia and South Africa at the Gabba, Brisbane was lost due to rain.

South Africa will aim to put up a strong first innings total, when they resume at 255 for two on the third day.

Amla and Kallis rammed home the advantage with an unbeaten century stand as the world’s best team blunted the Australian attack to have the South Africans in command after winning the toss.