Bangladesh stayed at top on Day 1 as they finished on 236 for the loss of four wickets.

So, Pakistan undoubtedly end Day 2 on a high, following a mixed opening day and bouncing back strong the following day to restrict Bangladesh early and gain early control over the hosts. Although they still trail by 105 runs, but it should not be problem for Pakistan to earn a healthy lead, unless and until they give their wickets away owing to horrible game-play or Bangladesh pull out some extra-ordinary bowling.

It would be an interesting Day 3 as we await until tomorrow. Till then, it’s good-bye from Ayush Gupta. And before leaving, read the day’s report here.

Another slow four overs as the players choose not to be aggressive and save the rest for tomorrow as the umpires call for the end of day’s play.

Brilliant game-play by Pakistan in the next nine overs as Mohammad Hafeez is on a roll, while Azhar Ali scores his 19th half-century as the bangladesh bowlers are clueless to get a breakthrough.

Good five overs from both the teams as Bangladesh, despite unable to get breakthrough continue to bowl in good line, while Md. Hafeez scores his eighth century in Test cricket.

Another slow five overs as both the teams are playing it tight and close. Pakistan meanwhile are approaching the 150-run mark, while Hafeez is near to his eighth Test century.

Another steady six overs for Pakistan as they are steering their innings well enough. Mohammad Hafeez is batting brilliantly and so is Azhar Ali, whi is standing as a pillar and a support to Hafeez. Azhar has been dropped twice on 11 and 28 so far.

The 100 comes up for Pakistan as Mohammad Hafeez scores his 11th half-century in Tests. Bangladesh bowlers seem to struggle, following the only breakthrough in the form of Sami Aslam.

No harm done so far as both the batsmen continue to bat safe and sound and also look to play a steady innings, although bangladesh bowlers in the form of Taijul and Shakib tend to give a hard time to the batsmen, not allowing them to score so often.

pakistan playing a slow and safe innings now, following the dismissal of Sami Aslam. Bangladesh bowlers seem to have applied a break in their run flow, but the question is, for how long? Just 12 runs added in the last five overs.

Barely they brought up their opening 50-run stand, Bangladesh have their opening brekthrough as well as Sami Aslam is caught behind off Taijul. Initially given not out, the DRS helps it in favour of the hosts.

So Paksitan are steadily progressing good in their first innings as both the openers have given a healthy start and near the 50-run stand. Bangladesh have so far used four bowlers, but none have been able to get the breakthrough.

Paksitan too are off to a slow and steady start unlike the Bangladesh. The fourth over witnessed a scare as Hafeez was given caught behind off Taijul Islam, but the DRS saved him.

That’s it, Bangladesh have been bowled out for 332. Good comeback by the Pakistan bowlers as Wahab and Hafeez claim three wickets each. How does Pakistan fair with the bat now? Let’s see.

So, they are down to their final three pair. Good comeback from the Pakistan bowlers as they look to rstrict them to a moderate total, as the lunch break kicks in.

Both the batsmen have brought up the 50-run stand for the sixth wicket, and also score 300, as Pakistan bowlers fail get another break through, with Soumya departing for 33 of Md. Hafeez, while Rahim falls for 32 to leg-spinner, Yasir Shah.

Bangladesh are slowly steering on despite losing an early wickets. The bowlers in the form of Yasir Shah and Babar are too bowling in good line, thus allowing hardly any room to play the strokes for the batsmen.

A steady start to the day by Bangladesh batsmen, having lost the only, but all important wicket of Shakib, the two new batsmen, Mushfiqur and Soumya are making sure that they don’t mess things up anymore and steady the innings from here on.

GONE! It’s a good way to start the day for Pakistan as Bangladesh’s star all-rounder, Shakib Al Hasan falls for 25 to off-spinner, Zulfiqar Babar as he edges it to Asad Shafiq at first slip. Soumya Sarkar walks in as debutante as both new men are on the crease.

Hello and welcome to CricketCountry’s coverage of Day Two of the First Test between Bangladesh and Pakistan at Khulna. I am Ayush Gupta and I will bring you all the updates from the day’s play.

Bangladesh take on Pakistan in the first Test of the two-match Test series, at Sheikh Abu Naser Stadium, Khulna. Bangladesh are on a high after they whitewashed Pakistan in the three On-Day International (ODI) series and followed it up with a comprehensive win in the one-off T20I as well. READ: Bangladesh have the edge over Pakistan at the end of Day 1 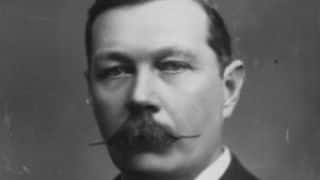