Catch the live cricket scores and updates from the fifth day of the 1st Test between Bangladesh and South Africa from Chittagong here.

Hello and welcome to CricketCountry’s live blog of the fifth day of the first Test between Bangladesh and South Africa at Chittagong. This is Nikhil Popat, and I will be bringing you the live cricket scores and updates of the match. The match now looks to be heading towards a draw given how much the rain has interrupted the game already. The entire day four was washed out with rain. There is more prediction of rain and it remains to be seen how much cricket we get on the final day itself. Catch live cricket scores and updates of Bangladesh vs South Africa 2015, 1st Test at Chittagong, Day 5 here

What a sad end to the Test match, the rain has marred us for a couple of days. Mustafizur Rahman was the Man of the Match! He might be the only player to win Man of the Match on Test and ODI debut.

1130 IST: The rain has forced the umpires to call the play off for the day and the Test ends in a DRAW!

It’s all over in Chittagong. Play has been suspended today so the match ends in a draw. Second Test starts in Dhaka on Thursday. #BanvSA

1114 IST: The rain seems to have relented a bit and we have a slight drizzle on at the moment. The Lunch break has been taken.

0835 IST: Well, sorry to break it to you guys but it is raining at Chittagong and the start of play on Day 5 has been delayed! The players are happily resting in their hotels and the umpires will come for a formal inspection at around 1100 am IST.

Persistent rain washed off the fourth day of the first Test between Bangladesh and South Africa at Chittagong. Winning the toss and batting first, Bangladesh kept the hosts to 248 and then the Proteas bowled well to not let the home side get away.

Bangladesh were bowled out for a score of 326, gaining a slender lead of 78 runs. They will rue the fact that they did not convert their starts into big scores and missed a chance to put South Africa under pressure. 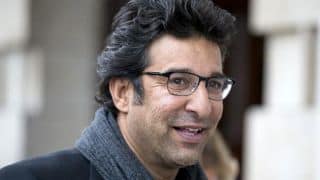 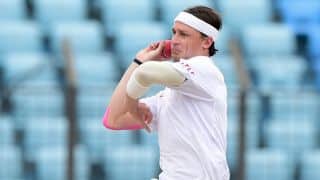