Naeem Islam led Bangladesh's fightback as he scored his maiden Test century to take the hosts within touching distance of West Indies' total. 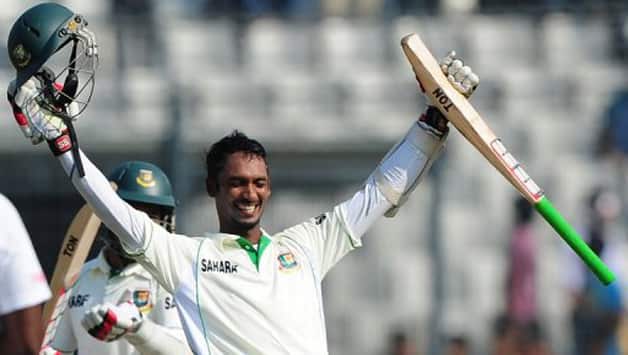 Naeem Islam led Bangladesh’s fightback as he scored his maiden Test century to take the hosts within touching distance of West Indies’ total.

Islam combined with Shakib-al-Hasan to record a 169-run partnership for the fourth wicket.

On the second day, Bangladesh came back into the match riding on Tamim Iqbal‘s quick knock of 72 off 71 balls in the first Test at Dhaka on Wednesday.

Iqbal helped Bangladesh kock off to a good start after the visitors had declared their innings at 527 for four following Shivnarine Chanderpaul s double century.

Earlier, Chanderpaul faced 372 balls and cracked 22 boundaries to score 203 not out, to put West Indies in a commanding position.

Ramdin remained not out on 126, which came from 236 deliveries, hitting 11 boundaries and a six.

Chanderpaul and Ramdin added 296 runs for the fifth wicket.

Earlier at lunch, Shivnarine Chanderpaul and Denesh Ramdin frustrated Bangladesh as they took the West Indies to an imposing score of 437-4.