(Will Zimbabwe bounce back, or Bangladesh will continue to dominate? Catch live updates from the third Test here)

Ban 303/2 | Overs 90
Mominul Haque 46 (88), Mahmudullah 5 (24)
It’s the end of first day’s play at Chittagong. Nothing for Zimbabwe today but they will be happy to finally get the wickets of the two openers. It was a disastrous day for Bangladesh bowlers as they failed to make any impact on the game.
Ban 300/2 | Overs 87
Mominul Haque 45 (76), Mahmudullah 4 (18)
No harm done after the second fall of wicket for Bangladesh. Mominul Haque and Mahmudullah are batting sensibly and taking forward the hard work of the openers. The 300 too comes up for them while Mominul nears his half-century.
Ban 272/2 | Overs 79
Mominul Haque 25 (46)
OUT! It’s Imrul Kayes who has to depart after a brilliant batting display. Hamilton Masakadza gets the big wicket. So, now both the centurions are back in the pavilion. The middle order needs to reconstruct the innings and make full use of the strong foundation laid by the openers.
Imrul Kayes 130 (257) c (sub) Sibanda b Masakadza
Ban 260/1 | Overs 74
Mominul Haque 20 (31) , Imrul Kayes 123 (242)
The 250 score has also come up for Bangladesh. Imrul Kayes is moving on strongly towards a big score. Bangladesh must be eying a score past 500 now, surely.
Ban 224/1 | Overs 65
Mominul Haque 0(1) , Imrul Kayes 109(212)
The big partnership between Tamim Iqbal and Imrul Kayes comes to an end. Tamim Iqbal is finally dismissed by off-spinner Sikandar Raza.
OUT!!!Tamim c H Masakadza b S Raza 109(171)
Ban 213/0 | Overs 60
Imrul Kayes 103 (197) , Tamim Iqbal 104 (163)
Imrul Kayes also gets to his century from 191 balls. This is a superb effort from Bangladesh. They are rattling all records. This is also the third highest partnership for Bangladesh for any wicket.
Ban 199/0 | Overs 56
Imrul Kayes 92 (183) , Tamim Iqbal 101 (153)
Tamim Iqbal reaches his sixth Test century off 150 balls. Imrul Kayes is also on course for a century here. And yes, these two have also surpassed there earlier record and now hold the record for highest opening stand for Bangladesh in Tests,
Ban 155/0 | Overs 47
Imrul Kayes 68 (160) , Tamim Iqbal 81 (122)
It’s drinks break at Chittagong. The dominating show from Bangladesh continues and Zimbabwe bowlers are still clueless on how to get a wicket. Both batsmen have highest opening stand of 185 they put against England at Lord’s in 2010. If they can break that record, it will be the highest first wicket stand for Bangladesh in Tests.
Ban 148/0 | Overs 45
Imrul Kayes 66 (154) , Tamim Iqbal 76 (116)
Tamim Iqbal collects 13 runs from the 42nd over of the match bowled by Natsai Mushangwe. A total of three boundaries came from it.
Ban 128/0 | Overs 40
Imrul Kayes 59 (132) , Tamim Iqbal 63 (108)
Kayes celebrates his half-century with a big six over long-on. First six of the match.
Ban 120/0 | Overs 39
Imrul Kayes 52 (129) , Tamim Iqbal 62 (105)
Imrul Kayes gets to his half-century off 123 balls. He was out of the Bangladesh team due to a skin infection and what a wonderful comeback he has made.
Ban 105/0 | Overs 33
Imrul Kayes 45 (109) , Tamim Iqbal 54 (89)
This is becoming too easy for Bangladesh. Now, Tamim Iqbal gets to his half-century and his partner also looks to complete one soon. Bangladesh are in total control now.
Ban 91/0 | Overs 31
Imrul Kayes 41 (101) , Tamim Iqbal 44 (85)
That’s lunch. Bangladesh have done a good job with the bat. Both batsmen are nearing there half-centuries. It will be interesting to see how Zimbabwe bowlers bowl post lunch.
Ban 86/0 | Overs 28
Imrul Kayes 37 (95) , Tamim Iqbal 43 (73)
So the Bangladesh batsmen are moving comfortably on this flat Chittagong track. Zimbabwe bowlers have to do something special to get wickets here. The bowling has been ordinary so far.Although the flow of runs has come down but still Zimbabwe needs to break this partnership to come back into this match.
Ban 65/0 | Overs 20
Imrul Kayes 30 (72) , Tamim Iqbal 29 (48)
The last five overs have been quiet. Not many runs have been scored by Bangladesh batsmen. Only five runs have come.
Ban 60/0 | Overs 15
Imrul Kayes dropped on the bowling off Natsai Mushangwe and on the first ball of the next over bowled by Chigumbura he hits it for a boundary. Zimbabwe have to hold on these chances to make an impact on this game.
Ban 46/0 | Overs 11
Imrul Kayes 17(36) , Tamim Iqbal 24(30)
Tinashe Panyangara and Shingirai Masakadza have started with the ball for Zimbabwe but both the opening batsmen have done well to collect good runs in the beginning. Now, Tamim Iqbal hits two back to back boundaries off 11th over bowled by Elton Chigumbura. Tamim Iqbal started slowly and but has gained momentum now.
Ban 23/0 | Overs 6
Imrul Kayes 13(20) , Tamim Iqbal 5 (16)
Imrul Kayes gets off the mark only on the second ball of the match with a boundary. Kayes has hit two boundaries so far while Tamim Iqbal has been composed. Another boundary for Kayes in the last ball of the fifth over.

Bangladesh have won the toss and have opted to bat.

Hello and welcome to CricketCountry’s coverage of the third Test between Bangladesh and Zimbabwe at Chittagong. I am Varun Arora and I will be bringing you the live updates of the match.

Last few weeks have been really good for Bangladesh cricket team. 2014 was harsh, somewhat rude towards the Bangladeshis. They could only manage to win two games out of the 27 they played in the calendar year. Zimbabwe’s tour of Bangladesh has helped the home team bring momentum and hope for the future. Bangladesh has won the first two Tests against Zimbabwe and also won the series. The last time they won a Test series was way back in 2009 when they had mauled West Indies at their home turf.

Catch live scorecard and ball by ball commentary of the third Test between Bangladesh and Zimbabwe here. 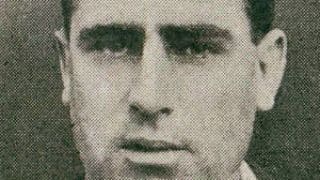