So, Rain has the final say. Game 11 of the World T20 League between Chennai Super Kings and Lahore Lions has been called off without even the flip of the coin. Points have been split, but the scenario has left Chennai’s semif-final hopes in jeopardy. As it stands, Chennai will have to win their final match against Perth at all costs to push ahead for the knockouts. Lahore still have two matches left.

Meanwhile here is Suresh Raina’s knock in the IPL 2014 qualifiers against KXIP.

Live pictures show that it is absolutely bucketing down at the ground. It is quite flooded and there is a lot of thunder and lightening.

It’s bucketing down in Bengaluru. Puddles on the field, heavy thunder and lightning #CLT20 pic.twitter.com/69OTs97JIT

The covers are under a few inches of water and it is pelting down. Only the square is protected, the boundaries are quite flooded. There’s wind, there’s thunder, there’s lightning and there will be no cricket anytime in the near future. 10.45 pm is our deadline tonight. If we can’t get a match started by then, both the teams will share points.

Here’s the latest from Bengaluru. We won’t be getting play for at least a couple of hours – if at all. #CSKvLL #CLT20 pic.twitter.com/goLi7BtwNe

We are hearing news that the umpires are out in the field and that they’re hoping to keep to the schedule as long as there is no rain. However, the weather is not so accommodating, as the CLT20 twitter handle notes: “The drizzle in Bengaluru is intermittent. Covers going on and off continuously. Teams are warming up, no word on the toss“.

The race for places in the latter stages of the Champions League T20 (CLT20) 2014,  has gathered steam and every game from now will decide the fate of the teams. Chennai Super Kings (CSK) are penciled by bookmakers as one of the favouries to clinch the trophy and for the second time in the competition’s history. Check out the Key battles here. Pakistan’s only representative, Lahore Lions will know that they are up against a formidable force with a batting order that can pull down curtains on the contest in the span of a few overs. Catch CSK’s likely XI here

It was Dolphins who were on the receiving end of a brutal assault by Suresh Raina and co. en route to CSK soaring away to the joint highest total in CLT20. Catch Lahore Lions likely XI here. If CSK were to feature in a video game, the top seven is the closest to what a knowledgeable fan playing the game would pick as his or her ‘dream team’; a constellation of world class, leather-hunting superstars. From Dwayne Smith and Brendon McCullum up the order to Suresh Raina, Faf du Plessis, skipper MS Dhoni and Ravindra Jadeja, it is simply a terrorizing list to glance at. Hi I am Sandipan Banerjee and I will be bringing you live updates of the match. 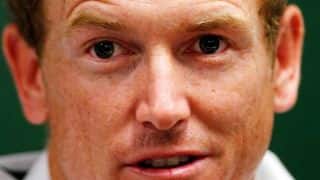