The Chennai Super Kings face the Perth Scorchers in a crucial Champions League T20 (CLT20) 2014 match at the M Chinnaswamy Stadium, Bangalore. Chennai have lost one, won one, and one game was rained out. They need to win this match to ensure they have a very good chance of going through. Perth on the other hand, have the extra game in hand and would want to win this and then do well in the next. Click here for the live scorecard of the CLT20 2014 match between Perth Scorchers and the Chennai Super Kings

Chennai are one of the most dangerous teams in the CLT20 2014. They have a very well balance side and can do everything to go all the way. They have some of the most dangerous players in T20 cricket and this should be a good game. In many ways, this is the contest between the most consistent side of the Indian Premier League (IPL) and the most consistent team of the Big Bash League (BBL). Chennai have made it through to the second round of the IPL in each year, except for 2009. Perth have made it to the BBL finals in each year since its inception. Click here for the live blog of the CLT20 2014 match between Perth Scorchers and the Chennai Super Kings 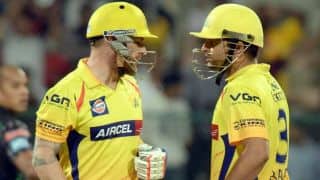 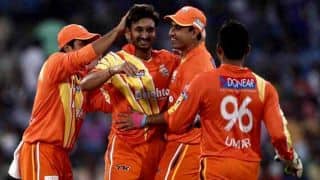