Follow the live updates of the Duleep Trophy final between Central Zone and South Zone.

Central Zone have won the toss and have elected to bat first.

Hello and welcome to CricketCountry’s coverage of the final of the Duleep Trophy 2014-15. This game will be played at the Feroz Shah Kotla, Delhi. Central Zone will take on South Zone in this encounter and some of India’s best domestic cricketers are on display in this contest. South Zone are coming to Delhi from Lahli, where they were up against East Zone on a green track that tested the skills of batsmen. On the other hand, Central had a run-fest against a strong North Zone side. There are contrasting build-ups to this game and this promises to be a good final in prospect.

Some of the key players on show would be Robin Uthappa, Naman Ojha, Stuart Binny, Pragyan Ojha, Ishwar Pandey to name a few. The presence of such players makes this game an interesting one. 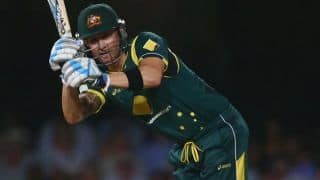