Pankaj Singh claims another wicket as Ojha takes another fine catch. Singh is on a roll.
OUT! R Prasanna c Ojha b Pankaj Singh 0

That’s tea on second day. South Zone are in commanding position and will look to take big lead.

The fast bowlers have caused not trouble to the batsmen so far. The 42nd over from Pankaj Singh went for 11 runs. South Zone are slowly inching closer to Central’s 276.
SZ 184/1 | Overs 39
Baba Aparjith 2(10)  , KL Rahul 102 ( 127)
Jalaj Saxena finally picks up a wicket. Uthappa is dismissed LBW on 80. Rahul has also got to his century. Fifth century in first-class cricket for Rahul.
OUT!Uthappa lbw b Jalaj S Saxena 80
SZ 121/0 | Overs 28
Robin Uthappa 48 (80) , KL Rahul 73 ( 88)
Rahul has his eyes set now. The ball is not spinning and the pacers are going for runs too. The run-rate has escalated post lunch. Uthappa is close to his half-century.
SZ 102/0 | Overs 24
Robin Uthappa 36 (67) , KL Rahul 66 ( 77)
KL Rahul gets to his half-century just after the lunch break. Piyush Chawla and Ali Murtaza have not been effective so far. Yes, the 100 also comes up in the 24th over and they are yet to lose a wicket. This match totally in control for the South Zone.
SZ 65/0 | Overs 18
Robin Uthappa 23 (54) , KL Rahul 42 ( 54)
Bowlers have caused no trouble so far. It has been too easy for KL Rahul and Robin Uthappa. Uthappa started slow but gathered pace later on. Whereas, KL Rahul has looked comfortable and he is slowly inching towards his half-century.
SZ 25/0 | Overs 8
Robin Uthappa 6(23) , KL Rahul 19 ( 25)
KL Rahul has done bulk of the scoring. He has punished everything  pitched on the leg stump. The bowling from the Central Zone bowlers has not caused any trouble to the batsmen.
SZ 14/0 | Overs 5
Robin Uthappa5(15) , KL Rahul 9 ( 15)
A decent start from South Zone batsmen. Both the batsmen have got on the front foot and have looked very watchful. It will an important match for both these batsmen.
CZ 276 | Overs 100
P Singh 8(10)
Ali Murtaza who was looking solid has been dismissed by Abhimanyu Mithun. So, it’s the end of Central innings first innings. Pankaj Singh come back with the new ball.
CZ 270/9 | Overs 97
A Murtaza 10(24), P Singh 8(3)
Pragyan Ojha gets Ishwar Pandey. He was hit on the hand as Pandey smashed one back to him and he was in pain. He then gets him leg-before. Pankaj Singh is in and he smashes his second ball down the ground. It was full and he went at it with full strength and then the next ball is wide and he smashes it through the off-side.
OUT! I Pandey 15(21)
CZ 256/8 | Overs 94
I Pandey 9(14), A Murtaza 10(17)
Ishwar Pandey gets off the mark by smashing Sharath over mid-on. It was hit quite well. Pandey seems to have some strength in his arms. He then smashes another one through mid-wicket and that has also gone for a four. Some vital runs being scored here by the tail. Pankaj Singh to come next. Murtuza then smashes Vinay down the ground quite firmly for a four.
CZ 237/8 | Overs 90
Vinay Kumar gets the first breakthrough of the day. He gets the edge off Arindam Ghosh and he is taken by Baba Aparajith at first slip. Ishwar Pandey walks out to bat.
OUT! Arindam Ghosh 32(86)

Hello and welcome to CricketCountry’s coverage of the Duleep Trophy 2014-15 final between Central Zone and South Zone. This is Day 2 at the Feroz Shah Kotla, Delhi, with both sides looking to take control of the game. On Day 1, South Zone were good with the ball as they limited Central Zone to 237 for seven. There is a green tinge to the surface at Kotla and the seam bowlers did well to exploit the conditions there. Batting hasn’t been an easy task, especially in the morning. With the winter gradually setting in, the bowlers get more purchase as the conditions remain in favour of them.

However, on this day, the batsmen would want to kick on and try to extend the Central Zone score. They were hit late in the day as they lost Robin Bisht and Piyush Chawla. Whatever runs they get would be a bonus from here on. On the other hand, South Zone would bank on Robin Uthappa to come good in this game. Remember, South Zone are without Manish Pandey, Karun Nair and Stuart Binny, who are away in Mumbai to play for India A against Sri Lanka in the tour game at the Brabourne Stadium. 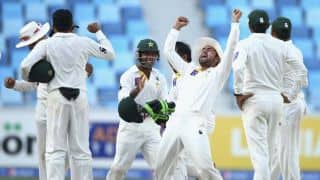 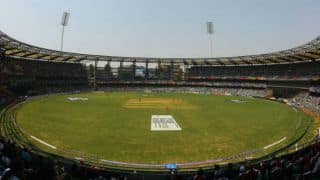