Hello and welcome to CricketCountry’s live coverage of Day four of the Group A game of the 2015-16 Ranji Trophy between Haryana and Assam, live from CH Bansi Lal Cricket Stadium, Lahli, Rohtak, Haryana. The visitors will resume play on Tuesday at 122 for 4 with Amit Verma and Gokul Sharma on crease batting on 24(70) and 10(16) respectively. At stumps of the third day, Assam needed another 38 runs to beat Haryana in the Round 6 match. Earlier in the day, the hosts were bowled out for 111 in 50.3 overs, setting a target of 160 for Assam in the final innings. READ: Live cricket score, Haryana vs Assam, Ranji Trophy 2015-16, Group A match, Day 3 at Lahli, Rohtak: Visitors need 38 runs to win

LIVE CRICKET SCORE Assam 160/4 | Target 160 | Overs 54.1 | BATTING: Amit Verma 51(115), Gokul Sharma 19(69): Assam needed just a little more than an hour of the final day to finish things of. Amit and Gokul remianed unbeaten as Assam defeated Haryana by six wickets to go third on the Group A table, above Karnataka who are still yet to resume play due to bad light. The visitors earned six points, while Haryana reamin at the bottom of the table with just five points. Amit and Gokul played excellent cricket with the former taking the charge as he remained unbeanten at a superb half-century.

Assam’s ‘Das’ duos once again stepped up taking all the ten wickets in Haryana’s second innings. While Arup Das who went wicketless in the first innings bagged six of those, Krishna Das had four to his name. The latter claimed a total of 10 wickets in this match. In reply to Haryana’s target of 160, Assam did not have a great start. They lost three quick wickets before Amit and Arun Karthick built a partnership for the fourth wicket. The wicket-takers for Haryana were Ashish Hooda, Mohit Sharma and Jayant Yadav. 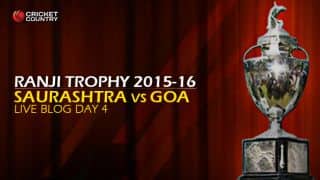 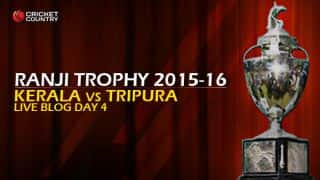