India A's Manoj Tiwary reached his fifty in the final session of Day One of the warm-up match against Australia. Tiwary's brisk half-ton included eight boundaries and a six. India A, meanwhile, reached 301 for four. 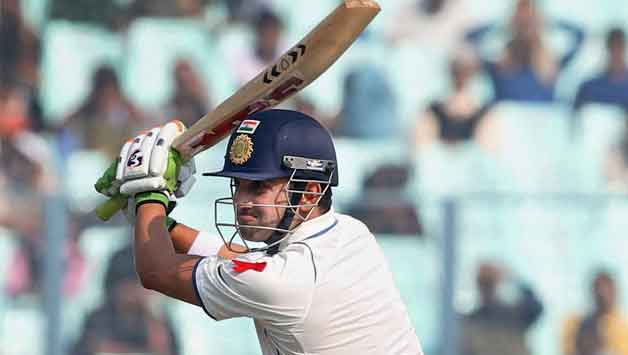 Gautam Gambhir, who was dropped from the India side for the first two Tests against Australia, scored his first First-Class ton since January 2010 © PTI

Tiwary reached his fifty in the final session of Day One. Tiwary’s brisk half-ton included eight boundaries and a six. India A, meanwhile, reached 301 for four.

India A lost two quick wickets, those of Rohit Sharma (77) and Abhishek Nayar (4), as they reached 286 for four in 77 overs. Bengal’s Manoj Tiwary (49 not out) is still batting, along with wicketkeeper CM Gautam (11 not out).

India A lost the wicket of captain Gautam Gambhir (112) in the second session of Day One of the warm-up match against Australia. India A are on 220 for two with Rohit Sharma (60 not out) and Manoj Tiwary (16 not out) in the middle.

India discard Gautam Gambhir (102 not out) answered his critics with an unbeaten century while Rohit Sharma (48 not out) continues to knock at the selector’s door for a Test spot with the duo adding an unbeaten partnership on 115 for the second wicket against Australia at Chennai. India ‘A’ reached 182 for one.

Earlier, India ‘A’ went past the 150-run mark in the post-lunch session with Gambhir  and Rohit Sharma  going strong in the warm-up match against Australia at Chennai. The duo have added 92 runs for the second wicket.

Gambhir brought up his half-century while Rohit was starting to settle in as India A reached 120 for one at Lunch.

Australia picked up their first wicket as opener Jiwanjot Singh walked back with the score at 67 for one in 25 overs. Jiwanjot scored 24 before edging a delivery from Xavier Doherty to first slip.

India ‘A’ openers Gambhir and Jiwanjot started cautiously as they put on 12 runs in the first 10 overs against Australia in the warm-up match at Chennai.

Gambhir had won the toss and elected to bat first.

This game will be good opportunity for the Australian fast bowlers  to get used to the pitch and weather conditions in Chennai. For the Indians, a lot of players will look to perform and prove a point through this game and look to gain a spot in the national side.

Australia, in the absence of Michael Clarke, will be lead by Shane Watson while India A has Gambhir at the helm.