Australian openers Shane Watson and Ed Cowan took the attack to the opposition scoring 75 for no loss in 15 overs after India A were dismissed for 451 on Day Two of the warm-up game in Chennai. 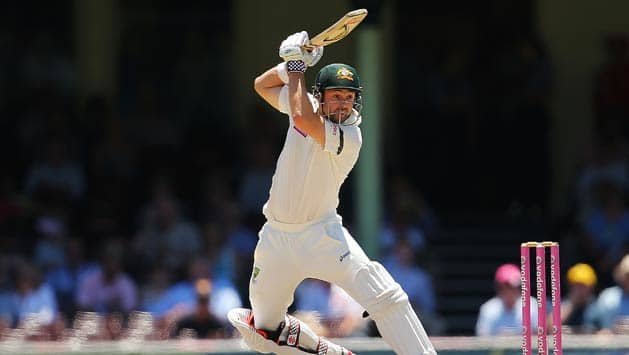 Australian openers Shane Watson and Ed Cowan took the attack to the opposition scoring 75 for no loss in 15 overs after India A were dismissed for 451 on Day Two of the warm-up game in Chennai.

Shane Watson cracked five boundaries to reach 30 not out off 41 balls, accompanied by Ed Cowan at 20.

Earlier, India A were bowled out for 451 with Xavier Doherty and Ashton Agar picking up three wickets each.

Manoj Tiwary was dismissed after he slammed a fluent century, as India A reached 447 for eight against Australia on the second day of the warm-up match. .

Earlier, CM Gautham fell after scoring 38 as Australia made their first breakthrough in the second session.

The first session’s play on Day Two between India A and Australia at the Guru Nanak Ground in Chennai was washed out by rain.

India A will resume their first innings at 338 for four on Day Two of the three-day warm-up match against Australia, with Manoj Tiwary (77 not out) leading the charge.

Riding on Gautam Gambhir‘s 112 alongwith solid half-centuries from Rohit Sharma and Tiwary, India A batsmen dominated the proceedings for the better part of the 90 overs at the Guru Nanak College ground.

Enroute his 33rd First-Class century, Gambhir faced 162 deliveries hitting 13 fours and three sixes. Rohit was fluent during his innings of 77 while Tiwary, who recently made a comeback to competitive cricket after an injury lay-off, also looked good for a big one as he was batting on 77.

For Australia, left-arm spinner Xavier Doherty staked a claim for a place in the playing XI of the first Test by claiming three for 69. 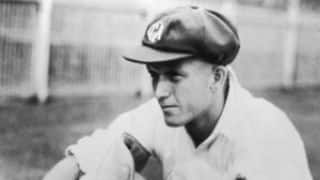 Don Tallon: Considered by Don Bradman to be the best wicketkeeper ever