Live Cricket Score India A vs West Indies, 1st Warm Up match at Brabourne Stadium, Mumbai: India A win by

Catch the Live Blog of the first warm-up match between India A and West Indians here.

India A 149/1 I Overs 25.3
U Chand 79, K Nair 27
A comfortable win for India A and a brilliant performance from Unmukt Chand. It was an easy affair than expected. West Indies will have to pull up their socks with one more pratice match remaining before the ODI series.
India A 96/1 I Overs18
Unmukt Chand has scored a fluent fifty. A well-timed innings in front of the selectors who will pick the squad for West indies ODI series tomorrow. India are cruising towards the target of 149. Chand scored his fifty in 60 balls with eight fours to his name. Karun nair is batting along with him.
Flurry of boundaries from both Chand and Vijay, they are looking in dangerous form. Rampaul and Holder are the victims of some cracking batting.

India A 35/0 I Overs 7
M Vijay 10(22), U Chand 18(20)
Lunch break now, Vijay and Chand have done well to keep the West Indies bowlers at bay. Jerome Taylor did ask a few questions to Vijay here. West Indian quicks have pitched it in the right areas, but the Indian openers aren’t shying down either.

West Indies keep losing wickets, and Mishra keeps bowling batsmen. This is his third victim, and Taylor doesn’t bother the scorers one bit!

West Indies losing wickets in a heap here! Things are not looking good for them at the moment. Some excellent bowling from Mishra and an outstanding catch by Chand in slip has ensured that West Indies are reeling.

Lendl Simmons has retired. It is yet unclear whether he has retired hurt or just retired, but Marlon Samuels makes his way to the middle. And now Darren Bravo is bowled by Dhawal Kulkarni trying to cut, he plays on! Denesh Ramdin is the new man in.

Lendl Simmons, Darren Bravo
Kulkarni and Bumrah keeping the West Indies batsmen on their toes. Both men have hit boundaries, but neither is looking very confident. Bumrah is getting the ball to tail in to the right-hander. Kulkarni bangs one in short, and Simmons pulls it away to square leg for four.
Lendl Simmons, Darren Bravo
Kulkarni continues. Simmons looking good. He’s off strike now, and DK beats the bat of Darren Bravo. And again. Bravo seems unsure of his off-stump.
West Indians 11/1 | Overs 3.1
Lendl Simmons 4, Darren Bravo 0
India A get the first breakthrough with the dismissal of Leon Johnson. It is Jasprit Bumrah who does it for his side. The West Indians haven’t started off the way they would have wanted to, but there’s a long way to go in the match.
Bumrah strikes first ball as Johnson’s edged this one to Unmukt Chand in the slips. He has been quick but wayward.
OUT! Leon Johnson c Chand b Bumrah 0(5)
West Indians 0/0 | Overs 0
Leon Johnson, Lendl Simmons
So Leon Johnson and Lendl Simmons start proceedings. Dhawal Kulkarni starts things off. And it’s a good over. Here comes Jasprit Bumrah. He’s bowling with a bit of pace. He bowls one wide down the leg side, and it evades the diving Samson. Five wides. And Lendl Simmons drives one beatufully through covers to score the first boundary for the West Indies.

Toss: The West Indians have won the toss and have elected to bat first.

Hello and welcome to CricketCountry’s coverage of the first warm up match between India A and the West Indians at the Brabourne Stadium in Mumbai. I am Shiamak Unwalla and I’ll be bringing you the updates of the match. The game is the first of the two practice matches that the Caribbean side will be playing before they take on a full-strength Indian team in five One-Day Internationals (ODI), a solitary Twenty20 International (T20I) and three Tests.

India A players look to put up a strong impression on selectors as the team takes on West Indies in the first of the two warm-up matches in Mumbai on Friday. The selectors will meet tomorrow to decide the One-Day International (ODI) squad for the five-match series against West Indies starting October 8. There are a handful of players in this A squad who will be certain to feature.

West Indies Test skipper Denesh Ramdin had earlier said to the media that beating India at home would be an uphill task but felt the hosts would be under pressure after their poor outing in England. “The last time we were here, we were inexperienced. We are more aware of the conditions now. It is a very difficult team to beat but having said that cricket is a funny game. They will be under a lot of pressure because they came from England. So hopefully we have a good outing and if we win the first Test, you never know,” Ramdin said in an open media interaction.

One-Day skipper Dwayne Bravo is unlikely to play in the warm-up game due to him playing for Chennai Super Kings against Kings XI Punjab in the semi-final of the ongoing Champions League Twenty20 (CLT20). It is believed that Kieron Pollard will lead the team in his absence. 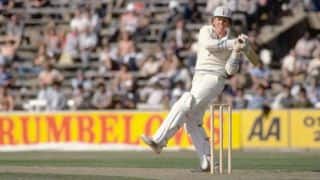