With emotions still rife, the game will perhaps make a slow start.

Australia will face India on Day One of the first Test at Adelaide on Tuesday. Michael Clarke has been declared fit to play after recovering from a persistent left hamstring injury. MS Dhoni will miss the Test and in his absence, Virat Kohli will lead the side.

Phillip Hughes’ death has shaken cricketers and fans. In his honour, the Australian team will wear their whites with the No. 408 under the Cricket Australia crest. Also, Hughes has been named the 13th man in the side. With emotions still rife, the game will perhaps make a slow start.

The bowling attack has the Ashes-winning look. Mitchell Johnson is the spearhead with trusted cohorts Peter Siddle and Ryan Harris. There is some pressure on Siddle as he has gone through a rough time in the recent past. He was not amongst wickets in UAE and that puts him in a spot. He has held on to his spot ahead of Josh Hazlewood, the youngster. Then there is Harris, who was not sure whether he would make the Test, but is fit and mentally ready to go. 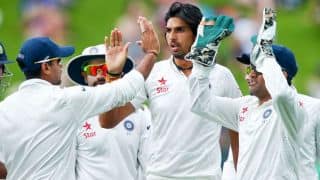 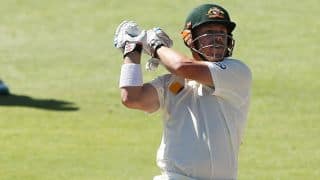