Welcome to CricketCountry’s live cricket blog and updates for the fourth and final Test between India and Australia.

Good morning and welcome to CricketCountry’s live cricket blog and updates for one final time. The fourth and final Test between India and Australia at Dharamsala is heading towards hosts’ way. This is Suvajit Mustafi, and just like the previous three days, I will bring you all the live cricket scores and posts from the fourth day’s play which in all probability will be the final day of this Test series. The Test hung in balance after Day Two before India went on to dominate the third day to find themselves in the driver’s seat. They now need 87 to reclaim the Border-Gavaskar Trophy. LIVE CRICKET SCORECARD: India vs Australia, 4th Test at Dharamsala

All eyes were on Ravindra Jadeja when India took field on Day Three. Jadeja and Wriddhiman Saha added 96 for the seventh wicket to help India get the lead. Jadeja was the aggressor with a fine 95-ball 63. A fiery spell of bowling from Pat Cummins and Nathan Lyon’s five-for restricted the Indian lead to 32. Now it was up to the Indian seamers to make use of the conditions. Umesh Yadav and Bhuvneshwar Kumar forced Australia to back foot by making use of the bounce and swing. While Warner was removed by Umesh, Bhuvneshwar got the prolific Steven Smith for just 17. Smith ended his India tour with 499 runs. Only Glenn Maxwell showed positive intent and after his departure, Australia used baffling tactics and dropped shutters.

Umesh, Jadeja and Ravichandran Ashwin claimed three wickets each to bowl out Australia for 137. The day had its share of controversies as well. Matthew Wade was involved in a verbal tussle with Ravindra Jadeja and later Smith was caught on camera using a swear word against Murali Vijay.

More importantly, India chasing 106, were 19 for 0 at stumps. They need 87 more to win. They have done all the hard work and if proper senses prevail, the chase should be a cakewalk, and we are looking for a first session finish on Day 4. India lost the Border-Gavaskar Trophy in Australia after a 0-2 defeat in 2014-15. Regaining it is the most likely result.

Suvajit Mustafi consumes cricket for lunch, fiction for dinner and munches numerous other snacks throughout the day. Yes, a jack of several trades, all Suvajit dreamt of was being India’s World Cup winning skipper but ended up being a sports writer, author, screenwriter, director, copywriter, graphic designer, sports marketer, strategist, entrepreneur, philosopher and traveller. Donning so many hats, it’s cricket which gives him the ultimate high and where he finds solace. He can be followed at @RibsGully [Twitter] and rivu7 [Facebook].
First Published on March 28, 2017 8:30 AM IST
Last updated on March 28, 2017 11:00 AM IST
TOPICS:
Australia India India vs Australia Live cricket score
SERIES:
India vs Australia 2016-17 Match : India vs Australia 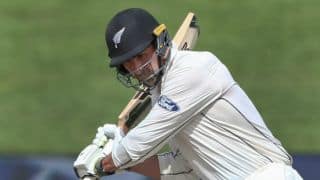 Precious Marange: Zimbabwe all-rounder, a mother and a machine operator