Australia will be aiming to put as many runs on the board and take a lead against India on Day Four of the second Test against India today. 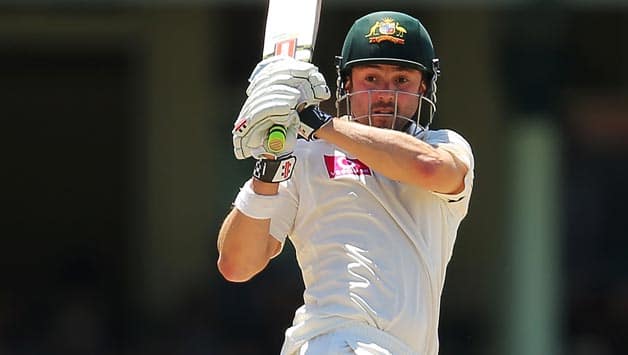 Australia will be aiming to put as many runs on the board and take a lead against India on Day Four of the second Test against India today. Australia will resume their second innings on 74 for two and trail India by 192 runs and have eight wickets in hand.

Ed Cowan (26 not out) and Shane Watson (9 not out) are at the crease for the visitors.

Opener David Warner started proceedings in Australia’s second innings in his usual aggressive manner as he hit three successive boundaries off Ravichandran Ashwin in the second over. The Australians, however, survived a couple of dropped chances in the first 10 overs, both off the bowling of Bhuvneshwar Kumar. Virat Kohli and MS Dhoni were the culprits, although both were tough chances.

Warner and Cowan persevered and soon brought up their 50-run partnership. Warner was curbing his usual attacking instinct in a bid to preserve his wicket, while Cowan too proceeded at a slow rate.

India then picked up two quick wickets via Ashwin. The Chennai boy bowled Warner (26) around the legs as the Australian opener went to sweep him. Warner would be disappointed with the mode of his dismissal, especially since he was building a good partnership with Cowan. New man in Phil Hughes (0) then fell almost in similar fashion; replays showed that the ball hit his gloves before going on to dislodge the bails.

Watson then joined Cowan in the middle as the duo went about in trying to stem the leak. They managed to take Australia to stumps without further damage, but have a herculean task ahead of them on Day Four if Australia want to save this Test. Cheteshwar Pujara adds another feather to his cap