Hello and welcome to live updates of the 2nd semi-final of ICC Women’s World Cup 2017 between India and Australia.

Hello and welcome to CricketCountry’s live coverage of the second semi-final of the ICC Women’s World Cup 2017 between India and Australia at The County Ground, Derby. I am Kaustubh S. Mayekar and I will be your host for the day. India have turned the tables around and have found their spot in the semi-finals. They will be up against the tournament favourites Australia. India might have a poor record against Australia, winning only 8 of their 32 matches, but this is not about numbers. This is a World Cup semi. One good game and the tables turn. A win for Mithali Raj and co. would provide them the ticket to the final only for the second time in the history of World Cup.

The last time India reached the final in 2005 edition, they were humbled by Australia, who have laid hand on the coveted cup 6 times. India ended their league stage with five wins and two losses while Australia lost just a game out of the seven matches. This venue is the same place where India played their must-win clash against New Zealand. Meanwhile, Australia will be playing their first game this season at Derby, although they have been on top across departments in this tournament. They were without the services of Meg Lanning in the last league match against South Africa, yet stand-in captain Rachel Haynes ensured a clinical performance that kept them ahead in the competition.

A week ago, Australia shackled the Indian hopes by winning in the league stage by eight wickets. Where Punam Raut would be expected to continue her good form post her century against Australia, Mithali would hope that her side puts up an all-round show against the mighty opposition.

India’s batting has risen to the occasion with some blistering knocks from Veda Krishnamurthy, Harmanpreet Kaur and likes. Mithali too has shattered several records this tournament and is expected to pile-up more. 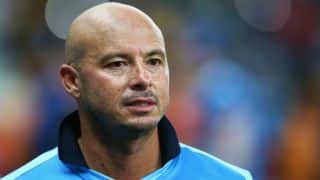