Australian pacers dominated first session on day one of the third Test at Perth as India lost early four wickets. India reached 73 for 4 at lunch. 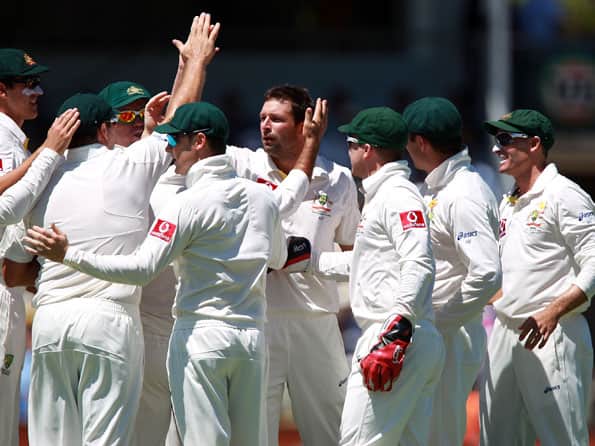 Australian pacers dominated first session on day one of the third Test at Perth as India lost early four wickets. India reached 73 for 4 at lunch.

Opener Virender Sehwag continued his poor form as he was dismissed for a duck Ben Hiflenhaus. Rahul Dravid too could not find form as he was once again bowled by Peter Siddle for nine runs.

With expectations of hundredth ton, Sachin Tendulkar made positive start to his innings but was trapped leg before wicket by Ryan Harris who is playing his first Test of the series.

Not a century has yet been hit by any Indian batsman. Except for Tendulkar, who has been in imperious form in all the four innings he has played, no top order batsman has been among runs with average below 30s.