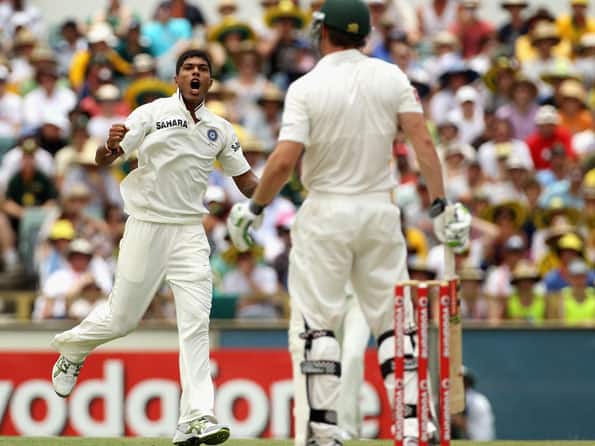 Earlier on day one, asked to bat first, India were all-out for mere 161 runs. Opener Virender Sehwag’s wretched tour continued as the opener fell for a duck and middle-order trinity of Rahul Dravid (9), Sachin Tendulkar (15) and VVS Laxman (31) again disappointed.

Skipper Mahendra Singh Dhoni also showed his batting has gone from bad to worse at the Test level as he made only 12 runs. The last four Indian wickets fell within a space of 32 deliveries.

Only southpaw Gautam Gambhir tried to put a premium on his wicket and battled for 82 balls in making 31 with three fours. Struggling young batsman Virat Kohli too showed promise in his 44 off 81 balls in 107 minutes and striking six fours.

Ben Hilfenhaus, the tormentor of India in the present series, took 4 for 43 but it was Peter Siddle who put the skids under Indian feet with three crtical scalps of Dravid, Laxman and Kohli.

Collapse at Perth is a microcosm of India's overseas woes