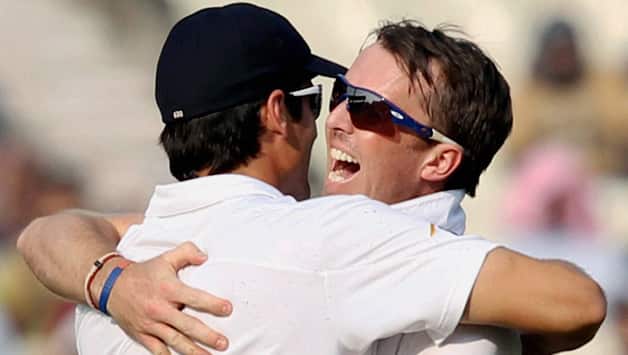 England produced a sensational bowling performance to leave India reeling at 145 for six, as the hosts stare at another big defeat in the four-match Test series, reaching for six at Tea.

India trail by a further 62 runs in the second essay.

The star-studded India s batting line up produced a dismal show as they slipped from 86 for no loss to 122 for six against a disciplined English bowling attack.

India vs England 2012: Hapless India in trouble against England after batting collapse

Pakistan's blind cricketer out of danger after drinking diluted phenyl