Good Morning, शुभ प्रभात, Maidin mhaith! Hello and Welcome to CricketCountry’s live blog session of the Super Six stage of the ongoing ICC Women World Cup Qualifier 2017 between India Women and South Africa Women at P Sara Oval in Colombo. We will be bringing to you the live updates from this tie. The tournament has reached the business-end with the Super Six and both the top-ranked teams are set to witness a high-profile match on the first day. The other matches taking place on the same day is between Pakistan-Sri Lanka and Bangladesh-Ireland at Nondescripts Cricket Club and Colombo Cricket Club respectively.

This competition will not only qualify these teams to the top-four in the tournament but also assure them a place in the ICC Women World Cup 2017 which is to be held from June 26 to July 23. India who are ranked No. 4 in the ICC ODI team rankings have a humongous challenge up-front after they lost the ICC Championship series against No. 6 ranked South Africa in November 2014 by 2-1 at home. India have won against Sri Lanka, Ireland, Zimbabwe, Thailand with much ease. Captain Mithali Raj along with her teammates will be expected to continue the all-round performance in this stiff competition.

As for the latest ICC ODI batting rankings, MD Thirushkamini has jumped to No. 41 position after her century against Thailand while Mithali goes one step further at No. 2.

Meanwhile, South Africa’s captain Dane van Niekerk has the advantage of leading the side not just with the bat but with the ball as well. She is ranked No. 12 among batters and is placed at 15th spot as a bowler. 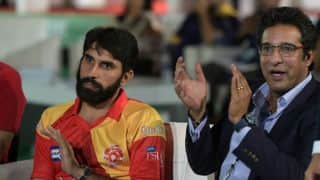