Catch the live updates of the first match of the five-ODI series.

(India Women or the White Ferns? Who will boost their rank in the ICC Women’s Championship? Catch Catch live cricket scores and commentary of the first ODI here)

What a fantastic game it was between India Women and New Zealand Women at the M Chinnaswamy Stadium in Bangalore on Sunday. Read the match report here. We got to witness a low-scoring thriller after a long time, and it is great to see the ladies produce a great performance with the ball. We look forward to the second game with great enthusiasm! Till then, it is a goodbye from us at CricketCountry!

And India have sealed a memorable victory at the M Chinnaswamy Stadium in Bangalore on Sunday! Morna Nielsen is the last player to be dismissed, getting caught by Mithali Raj at cover off the bowling of Ekta Bisht!

And India are closing in on a sensational win here at the M Chinnaswamy now! Maddie Green plays the first ball of the 42nd over back to the Sneh Rana to depart for 3 off 10 balls. Lea Tahuhu does not stay for long either, as she is caught short of the crease at the striker’s end after Kasperek attempts to take a risky single! We could well be witnessing a spectacle here. New Zealand Women need 28 to win from 42 balls.

The White Ferns lose their seventh wicket! This time, Peterson is bowled by Rana for a score of 6 off 12 balls, as the match heads for an interesting finish! A mere 14 runs have been scored in the last five overs, as the Indian bowlers are beginning to tighten the noose around the neck of the tourists!

Harmanpreet Kaur has struck at a crucial stage to get rid of Sophie Devine to retain India’s hopes of snatching a victory. Lea Kaserek, the debutant, bears the pressure for New Zealand now. She has been joined by Anna Peterson in bid to seal the game.

New Zealand have now lost Perkins to some persistent spin bowling by Harman Kaur. The chase is getting increasingly difficult all the time. Both teams are in with an equal chance to win at this stage.

This match is still poised very interestingly. Perkins and Devine seem to be settling into some sort of a rhythm but the bowlers are not letting up. A couple of wickets here and thing could quickly sway India’s way, however at present it is inclined towards the  visitors.

And now Suzie Bates has been dismissed, plunging New Zealand women in deeper trouble in this chase of 143. She was looking quite well settled but has been undone by a lovely leg break by Gayakwad.

Just when things seemed to be settling for the Kiwi women, a mix up in the middle has resulted in a run out of Broadmore. Broadmore was never steady at the crease and four off her runs came off an edge to the boundary. Sophie Devine is the new batter.

The Indian Women have been really accurate and are threatening to derail New Zealand in this small chase of theirs. Amy Satterthwaite has fallen for 4 off 7 deliveries to Sneh Rana in her very first over. Suzie Bates is batting well but the others have looked shaky.

Jhulan Goswami and Ekta Bisht have started beautifully for India. Loose balls have been absent and the ressure has been steadily piled on the opening New Zealand batters, resulting in the wicket of Rachel Priest for a 19-ball duck. Satterthwaite is the new batter in to accompany skipper Suzie Bates

And it’s all over for the Indian women with just 142 on the scoreboard. Jhulan Goswami who ensured India at least got past 100, with a gutsy 57 was the final wicket to fall, with Lea Tahuhu clean bowling her. The Indian women will be far from satisfied with the outcome of the first innings, can they ut up a fight in the second?

Every time there has been a budding partnership, a wicket has fallen. The Indian women are still under threat of getting bowled out for less than 100 This game is New Zealand’s to lose from here. Jhulan Goswami has looked quite steady, but hasn’t had any support at the other end.

The hosts are reeling at the moment, with the danger of getting bowled out for below 100 very much in the cards at the moment. While four wickets have been taken by the White Ferns in the last 10 overs, the highlight has been the wicket of Mithali Raj, who was caugth brilliantly at midwicket by Katie Perkins.

The White Ferns have struck early in the Indian innings, with Lea Tahuhu castling Poonam Raut on a score of 5 off 19 deliveries. The hosts are slowly drifting at the moment, though the presence of the immensely-experienced skipper Mithali Raj should be reassuring for them.

Hello and welcome to CricketCountry’s live blog of the first One-Day International (ODI) between India Women and New Zealand Women at the M Chinnaswamy Stadium in Bangalore on Sunday.

The White Ferns, as the New Zealand Women’s team is popularly known as, fly to India to play five ODIs and three Twenty20 Internationals (T20I). Both teams will aim to boost their ICC rankings in the upcoming series. Out of the five one-dayers, the first three will count for the eight-team ICC Women’s Championship, the top-four sides from which will automatically qualify for the ICC Women’s World Cup 2017. READ: New Zealand Women will look to restrict India Women to less than 250, says Suzie Bates

“We’re really excited to be playing in India, and with it being a home series for them, they will be tough especially in their own conditions. Last year we learned from going over to the West Indies after our winter and not having as much preparation as we would have liked,” White Ferns captain Suzie Bates was quoted as saying in an interview on ICC’s official website. READ: India Women aiming for performance over results against New Zealand Women, says Mithali Raj 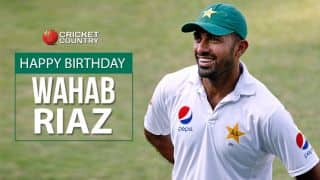