Royal Challengers Bangalore (RCB) posted a massive 205 in their allotted 20 overs against Chennai Super Kings (CSK) in their IPL 2012 match at Chennai on Thursday. 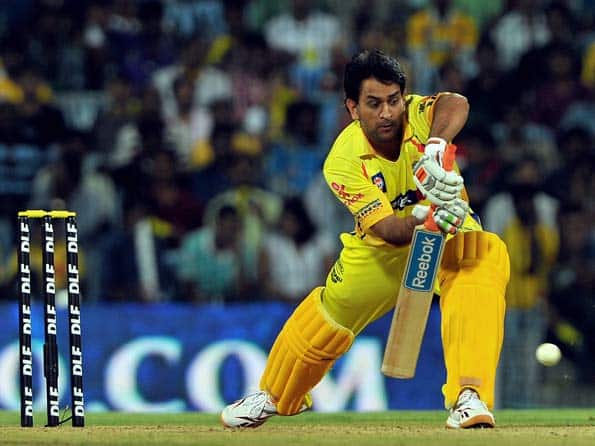 Royal Challengers Bangalore (RCB) posted a massive 205 in their allotted 20 overs against Chennai Super Kings (CSK) in their IPL 2012 match at Chennai on Thursday.

Gayle top scored with 68 off 35 balls which included two boundaries and six sixes, while Kohli stroked a cautious 57 off 46 balls.

Batting first, RCB openers got the team off to a breezy start scoring 50 runs in the first five overs.

Just when Agarwal looked dangerous, Albie Morkel had him caught to hand the hosts their first breakthrough.

Gayle and Kohli then joined forces as they got continued smashing the Chennai bowlers to all part of the park.

Gayle was severe on Suresh Raina smashing the beleaguered spinner to three sixes in the ninth over.

The Chennai bowlers looked hapless as the RCB batsmen continued to pile up runs on a track that provided very less assistance to bowlers.

Ravindra Jadeja finally managed to break the partnership when he had Gayle caught by Dwayne Bravo.

Following the wicket of Gayle, the hosts managed to claw back into the match with two quick wickets.

Morkel, who was earlier plundered by the West Indian, struck to dismiss AB de Villers (4) cheaply.

Jadeja struck again to send back Saurabh Tiwary in the very next over.

Doug Bollinger bagged three wickets in the final over but couldn t stop RCB from going past 200-run mark.

Andre Russell credits mother for his success in cricket