Both Kolkata Knight Riders (KKR) and Rajasthan Royals (RR) are high on experience but with contrasting performance graphs in the ongoing Indian Premier League (IPL) meet at the hallowed Eden Gardens on Friday. 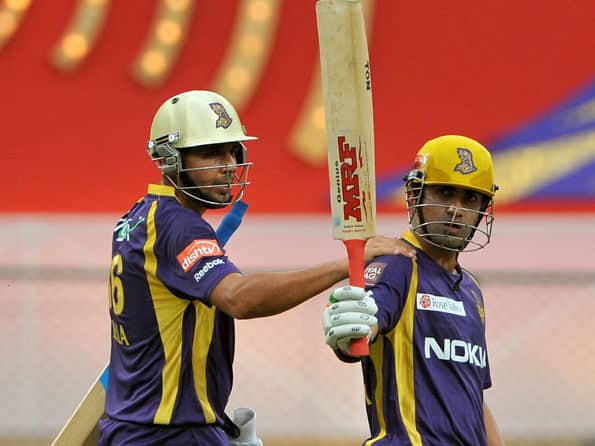 Both Kolkata Knight Riders (KKR) and Rajasthan Royals (RR) are high on experience but with contrasting performance graphs in the ongoing Indian Premier League (IPL) meet at the hallowed Eden Gardens on Friday.

While RR went down to Mumbai Indians (MI) after beginning their campaign with two victories, Kolkata Knight Riders tasted their first success after twin defeats.

Fresh from their triumph over the Royal Challengers Bangalore (RCB) in an away tie, the Gautam Gambhir-led Knights would be hoping to use the home advantage to avenge their loss to the Royals in an earlier game and retain the winning momentum.

The Royals, on the other hand, had a good measure of the Shah Rukh Khan-owned Knight Riders during their 18-run win Sunday at Jaipur where their bowlers had skittled out the Knights within the allotted overs.

But the inexperience of the Royals’ bowlers showed in the Mumbai Indians match with Kieron Pollard beating them to pulp.

The visiting team management would be hoping for a good show from the likes of Ankeet Chavan, Amit Singh, Brad Hogg and Kevon Cooper to put it across the Knights batsmen before an expected large crowd at the Eden.

In batting, Ajinkya Rahane (138) and Owais Shah (113) lead the scoring chart with the most number of runs, while skipper Rahul Dravid (58) is yet to get a half-century and would be keen to come up with a good score on a ground where he has lot of sweet memories playing for India.

The Knights have been well served by their skipper Gautam Gambhir in their sole victory when he hit a blitzy 64 off 39 balls and also put an end to the opening blues with Kiwi Brendon McCullum unable to deliver so far.

Manvinder Bisla also fired from his blade against Bangalore, but the other batsmen including the big hitting Yusuf Pathan have also not been in their elements and the franchise would be expecting them to come good against the Royals.

In the pace bowling department, seasoned campaigner Laxmipathy Balaji’s 4 for 18 against Mumbai Indians on his recall to the playing XI could not have come at a better time. In spin, Bangladesh’s Shakib Al Hasan bagged a couple of wickets in his maiden game and could pose some problems for the Royals.

A key feature of the two sides is the presence of a large number of players in their 30s (with Hogg in 40s and Dravid nearly 40) in a format regarded as best suited for 20-somethings. It will be interesting to note which way the battle of veterans swings.