Two heavyweight teams take on in their respective opening match of IPL.

The most formidable team of the Indian Premier League 2014, Chennai Super Kings begins its campaign against a revamped Kings XI Punjab side at Abu Dhabi on Friday. While CSK have their captain cool MS Dhoni, KXIP’s new side has the likes of Glen Maxwell, Mitchell Johnson and Virender Sehwag.

CSK have traditionally been the big-match performers. In the past, they have had bad starts but made up with the wins towards the end. This is one of the three sides which decided to retain the maximum available five players. In other words, almost half of Chennai’s playing XI is in place while they search for a perfect combination with the other six. Whereas for Punjab, it’s an all new playing XI with exciting names to boast of.

Both teams have enough firepower to chase. But the conditions could influence them to post a big score. Their squad has already been applauded post auctions, but it’s time for Punjab to prove it. 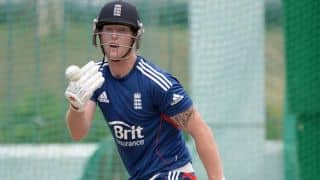