Stumps on Day 1: Karnataka are in trouble. They have already lost four top order batsmen. Also KL Rahul is retired hurt because of a back pain. So basically they are four down. Laxmipati Balaji has taken three wickets.

Vinay Kumar is on fire as he has struck four times. He also become the sixth cricketer to take 300 wickets in Ranji Trophy. He first claimed the big wicket of Murali Vijay, then Baba Aparajith. Later he took the wickets Vijay Shankar and a well-set Abhinav Mukund. The other twos wickets are taken by HS Sharath, Arvind Sreenath and Abhimanyu Mithun.

Karnataka win the Toss and decide to field first.

CM Gautam, the Karnataka wicket-keeper is ruled out of this game due to an injury. Robin Uthappa will keep wicket in his absence. Shishir Bhavane comes into playing eleven in place of Kunal Kapoor. That’s the only change for Karnataka. For Tamil Nadu, Malolan Rangarajan came in the playing eleven in the green track of at the Wankhede Stadium.

From a death over bunny to the terror on the domestic circuit, Vinay Kumar could possibly help Karnataka defend their #RanjiTrophy title!

The only other occasion two South Zone teams in #RanjiTrophy final was in 1995/96 when Karnataka played Tamil Nadu. The former had won.

Hello and welcome to CricketCountry’s coverage of the Ranji Trophy 2014-15 final from Mumbai. I am Sandipan Banerjee and I will be bringing all the updates of the title clash of this season’s premier domestic tournament, Ranji Trophy.

Defending champions Karnataka and Tamil Nadu will clash in the Ranji Trophy 2014-15 final at the Wankhede Stadium, Mumbai in what promises to be an exciting match. This will be only the second time when two teams from South Zone will meet in the title clash of Ranji Trophy. Vinay Kumar-led Karnataka are undefeated so far in this Ranji season and considering their recent form and team combination, they will start favourites against Abhinav Mukund-led Tamil Nadu.

Tamil Nadu made it to the final riding on a first innings lead against Maharashtra in the semi-final. They boast of a top class batting order, with several of the key willowers in quite brilliant form of late. The likes of India Test opener Murli Vijay, discarded wicketkeeper-batsman Dinesh Karthik and the brothers Baba Aparajith and Baba Indrajith are sure to send chill down the opposition bowling ranks.

Their bowlers could sizzle too, with the likes of veteran Lakshmipathy Balaji and Aswin Crist spearheading the department. Crist played a crucial role in the semifinal with figures of four for 89 in the 1st innings. Vijay Shankar has the quality to give able support, coming in as the fourth seamer.

he title holders will look to continue their brilliant run just like in the semi-final where they clinched the contest against Mumbai by 112 runs. The responsibility of getting a huge total on the score board will once again be vested on the shoulders of Karnataka openers Robin Uthappa and Lokesh Rahul who returned cheaply in the second innings against Mumbai. The flamboyant Manish Pandey too will have a key role, holding the innings together in the middle order.

The Karnataka bowling will once again be spearheaded by R. Vinay Kumar, who finished with figures of six for 20 when they bundled out Mumbai for 44 runs in the first innings. Abhimanyu Mithun and Sreenath Aravind will be the other fast bowlers sharing the cherry with Kumar, IANS reported. 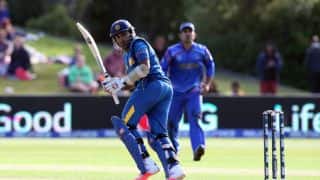 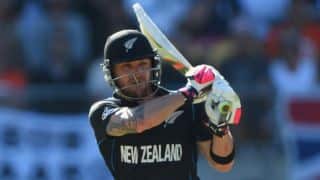