Hello and welcome to CricketCountry’s live coverage of the Ranji Trophy 2015-16 Group C match between Kerala and Himachal Pradesh at Malappuram, Kerala. This promises to be a high quality game since both Kerala and Himachal Pradesh have performed equally well this season. Hence, Day One of play will be crucial to determine which team has the upper-hand. Kerala is placed at No. 2 on the points table while Himachal Pradesh is at No. 4. The difference in points is that of only one. Both have won two games, lost one and drawn four which goes to show how even the contest promises to be. COMPLETE COVERAGE: Ranji Trophy 2015-16

LIVE CRICKET SCORE: Kerela 42/3 | Overs 18 | BATTING: Sachin Baby 8(31), Sanju Samson 1(20): Winning the toss, Kerala chose to bat but did not manage to have a great start. Openening batsman  Arundhadi Jagadeesh was dismissed early, in the fifth over, leaving the hosts at 16 for 1. That wicket was followed by two more dismissals and all the wickets have been taken by Himachal’s Rishi Dhawan. OUT! Arundhadi Jagadeesh c K J Singh b Rishi Dhawan 8(13) OUT! Mohammed Azharuddeen c&b Rishi Dhawan 15(31) OUT! Rohan Prem LBW Rishi Dhawan 8(13)

In their previous game, Kerala stood up to the challenge posed by the No. 1 team in the Group C which is Saurashtra and got the better of them by 45 runs. In the low scoring encounter, Karaparambil Monish was the star for the team from southern India taking 11 wickets in the match including a six-for and a fifer. Monish is the fourth highest wicket-taker this season and will hope to put in one more good performance in the final match of the group stage.

In their previous game, Himachal Pradesh were dished a cruel innings and 71-run defeat by Jharkhand. Jharkhand scored a decent 337 in their first innings but the total seemed like a rather challenging one soon into the Himachal Pradesh when Shahbaz Nadeem started tearing through the batting. Nadeem took seven wickets in the first innings and on follow on took another four giving Himachal a crushing defeat. 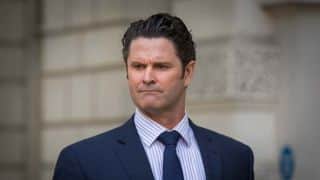