New Zealand set a 174-run target against South Africa in their second Twenty20 international at the Seddon Park in Hamilton on Sunday. 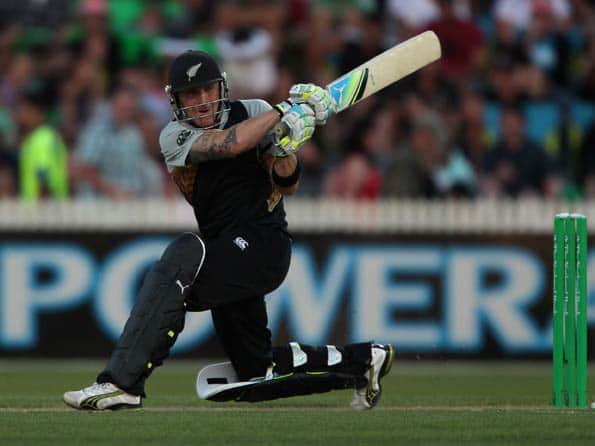 New Zealand set a 174-run target against South Africa in their second Twenty20 international at the Seddon Park in Hamilton on Sunday.

South Africa s decision to bowl first on a flat track at the Seddon Park backfired as their bowlers failed to restrict New Zealand batsmen as everyone in the top order of the hosts made significant contributions.

Guptill top-scored for the Kiwis with a fluent knock of 47, which came off 35 balls hitting seven boundaries and a six. He provided a confident start to New Zealand along with Rob Nicol, who fell for 23.

Guptill then teamed up with skipper Brendon McCullum to add further 60 runs for the second wicket, which strengthened New Zealand’s position.

Frankin showed aggressive intent right from the start and hit four sixes during his knock og 28, which came off just 10 balls.

Johan Botha was South Africa’s most successful bowler giving away just 22 runs in his four-over spell, and dismissed McCullum.

New Zealand retained their playing eleven from the last game, which they won by six wickets to take 1-0 lead in the three-match series.