It will be a battle between Pakistan batting and Australian bowling.

After the sole T20, it’s now time for both Pakistan and Australia to gear up for the longer version of the limited-over format as the 1st ODI kicks-off at the Sharjah Sports Complex in UAE. It is expected to be an interesting contest as both the team would want to get off to flying start to draw first-blood in the three-match series in order to have the upper-hand and put the opponent under pressure. The army of Misbah-ul-haq and Geroge Bailey face off in this exciting encounter.

The first Twenty 20 International (T20I) between Australia and Pakistan gave a fair idea about the form of both the teams. Pakistan was poor with the bat and choked from the start while Australia after a few faints in the beginning somehow managed to reach the low target in the end. 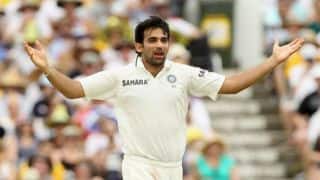